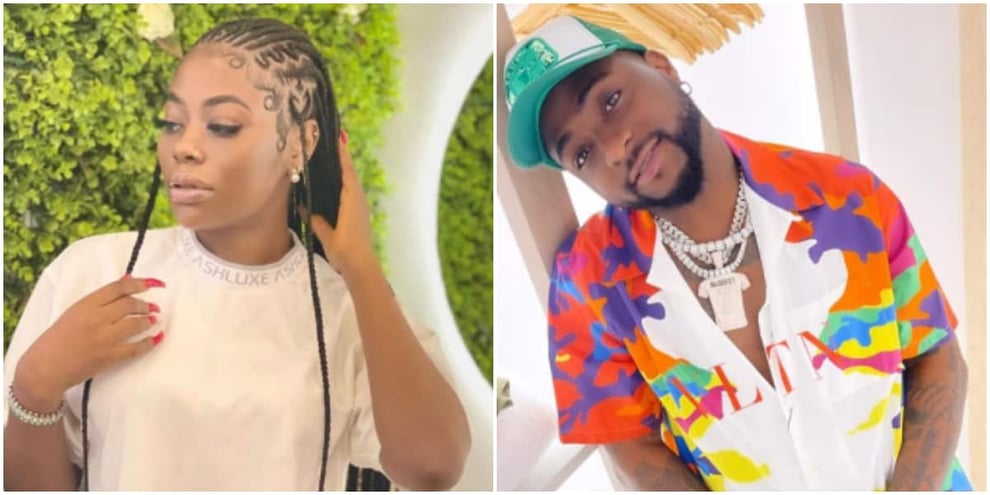 Sophia Momodu has spoken out against a recent skin-lightening advertisement that has gone viral on social media.

The entrepreneur chastised the advertising for depicting a "naturally light-skinned woman" going through a group of black people, including youngsters, who all stare in awe at her.

Sophia questioned what kind of message such an advertisement sends to children with black complexion. She also criticised those who bleach their skin.

She then talked about the virtues of dark skin and thanked her mother for teaching her to appreciate it.

"So just to be clear, a naturally light-skinned woman is walking through a crowd of darker-skinned people including children & they're all ooo- ing & ah-ing at her beauty.

"And this is to sell a bleaching product which literally has "white" (so subtle btw) in the name??

"Meanwhile, the entire cast apart from the from the lead character are all naturally dark-skinned people..? Is that what we're teaching our kids in 2022?" 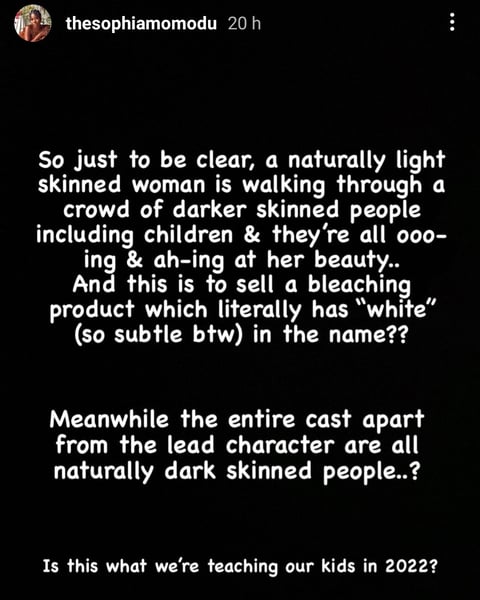 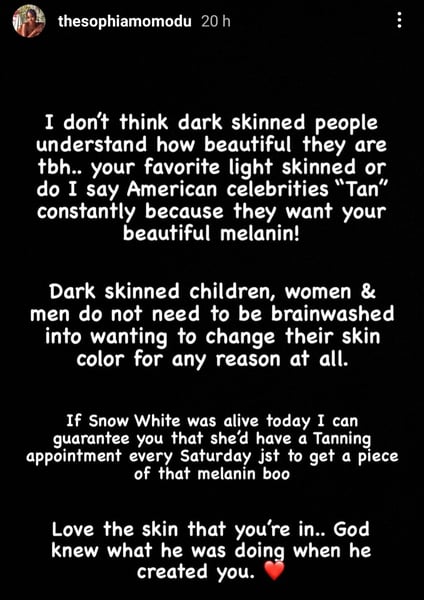 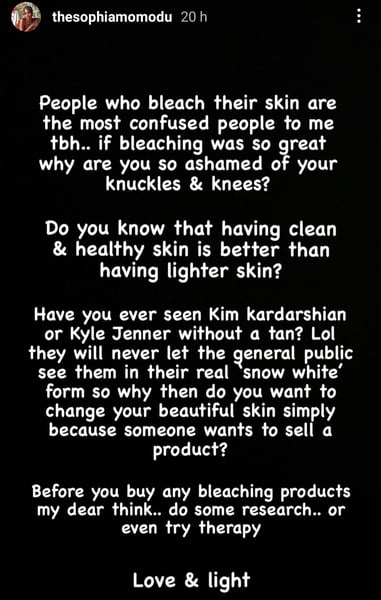 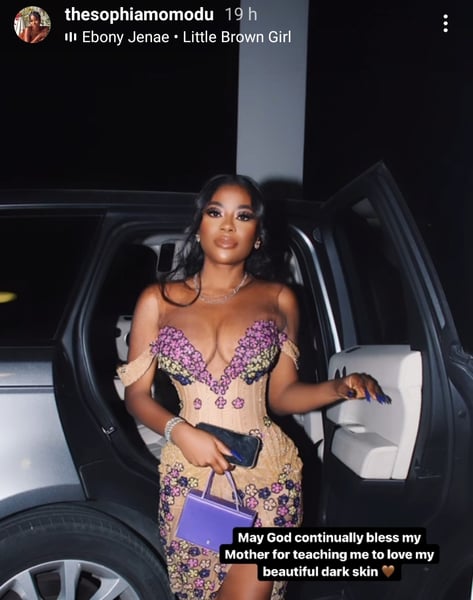 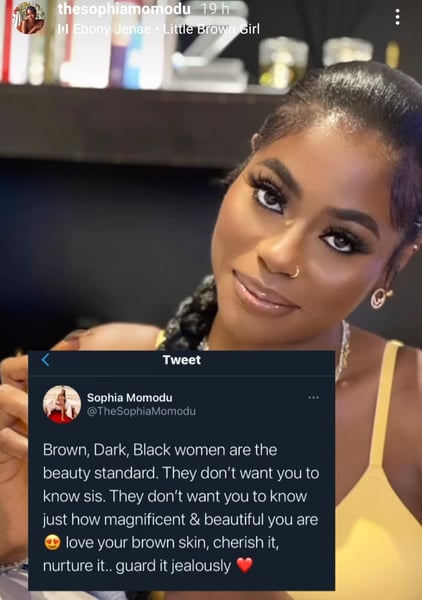