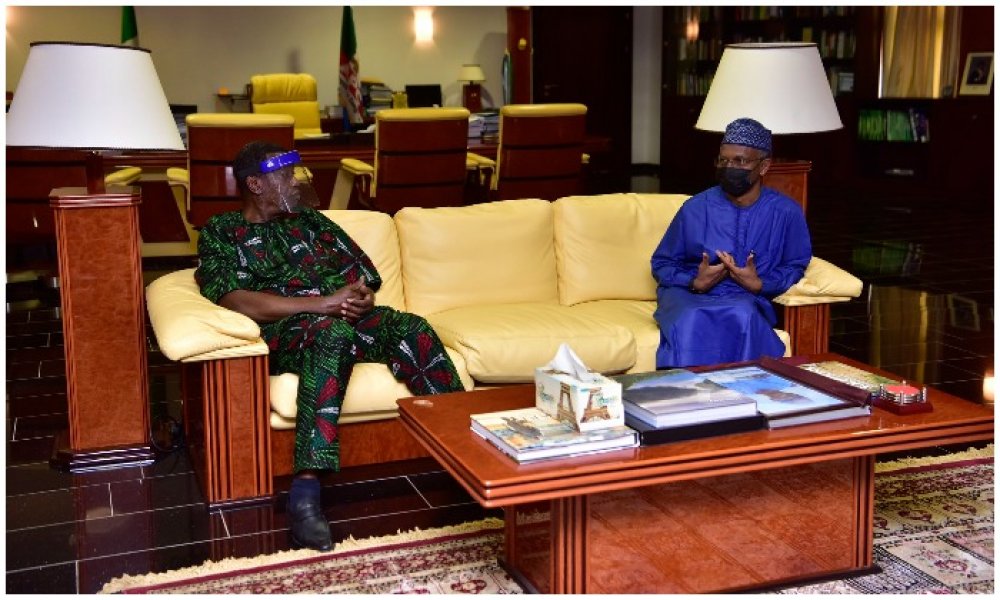 The General Overseer of the Redeemed Christian Church of God (RCCG), Pastor Enoch Adeboye, has visited the Governor of Kaduna State, Nasir El-Rufai on Tuesday.

The duo had their meeting at the Sir Kashim Ibrahim Government House in Kaduna.

At the meeting were top cabinet members of the state government and top officials of the RCCG.

The meeting came days after the 79-year-old religious leader disclosed that eight members of the church that were kidnapped in Kaduna had been released.

It was earlier reported that members of the RCCG, Region 30, Trinity Sanctuary, Kaduna, were attacked on March 26 near Doka along the Kachia-Kafanchan Road, on their way to a programme.

Subsequently, On April 8, Adeboye had said all the eight kidnapped members of the Church were taken to hospital for examination after they regained freedom.

All News Nigeria also reported that on the night of March 11, bandits invaded the Federal College of Forestry Mechanisation Mando in Igabi Local Government Area of Kaduna State and abducted 39 students.

It has also reported that 10 of the students have been released, while 29 are still in captivity.

El-Rufai had also ruled out the option of paying ransom or any form of negotiation with the bandits.