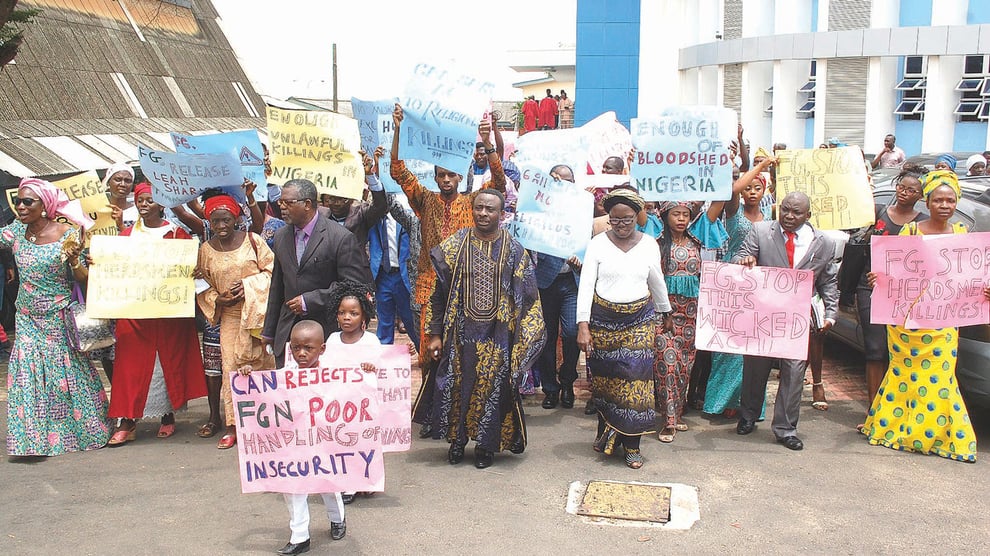 In the wake of the protests following the death of Deborah Samuel, a student of the Shehu Shagari College of Education in Sokoto State, the Christian Association of Nigeria (CAN) has stated its commitment to the planned protest scheduled to take place on Sunday, May 22.

A ban on religious protests was recently announced by Governor Nasir El-Rufai of Kaduna State and an appeal for calm was also made by Nasarawa State Governor, Abdullahi Sule but CAN chapters in Benue and Plateau insist the protest will hold.

Rev. Bayo Oladeji, the spokesman for the CAN President, reiterated that the planned protest will hold on Sunday nationwide, adding that it would take place in front of CAN secretariats in various states or major churches.

He further disclosed that there would be no procession.

"Of course, the nationwide protests will continue. We are not going to take to the streets so nobody should stop us from gathering in front of our premises. We will be by CAN secretariats and lift up our placards.

“In cities where there are no CAN secretariats, we will use big churches to stage protests. We know too well that if we take to the streets, they will use thugs to hijack it.

"So, we will gather in front of our churches. We are not going to take to the streets", Oladeji stated.

Speaking with Punch, the Force Public Relations Officer, Muyiwa Adejobi said that the police had not been informed of any demonstration by CAN.

However, Adejobi added that the Christian body had the constitutional right to protest.

Speaking further, he said despite CAN stating that it would not be a street protest, there was a need for the Christian body to make sure that the demonstration was conducted in a responsible manner such that it would not lead to a breakdown of law and order.