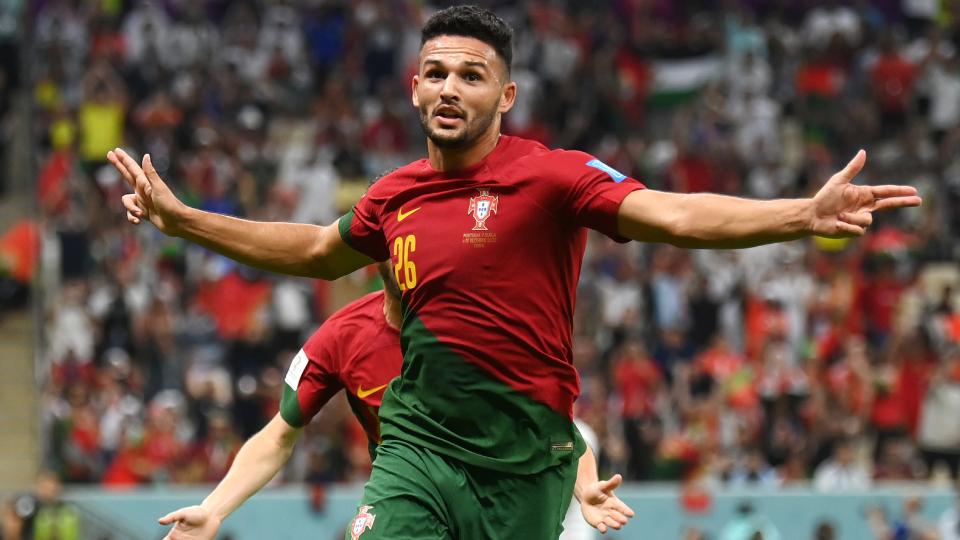 Portugal's Goncalo Ramos scored a hat-trick on his first World Cup start to help his side demolish Switzerland 6-1 on Tuesday and send them through to the quarter-finals for the first time in 16 years, setting up a clash with Morocco.

Ramos had played only 10 minutes as a substitute in Qatar but the youngster looked like he belonged on the big stage with a memorable performance for Portugal, who did not miss Ronaldo - a late substitute who had a goal ruled out for offside.

"Cristiano Ronaldo talks to me and everyone in the team. He's our leader and always tries to help," Ramos said after netting the first hat trick of the tournament in Qatar.

After a tepid start, the game came to life when Ramos opened the scoring in the 17th minute by picking up Joao Felix's incisive pass before blasting the ball from a tight angle into the top corner to put the Portuguese ahead.

Portugal doubled their lead through skipper Pepe when the 39-year-old timed his leap to perfection to rise above the two Swiss centre-backs and head home from a Bruno Fernandes corner in the 33rd minute, with Yann Sommer well beaten yet again.

At the other end, Switzerland striker Breel Embolo was frustrated by the Portugal defence despite the odd surging run into the final third, while their best chance of the half came when Xherdan Shaqiri's free-kick was pushed out for a corner.

Sommer, returning from illness, did well to deny Ramos his second goal of the half with a fingertip save from a counter-attack as the Portuguese went in with a 2-0 halftime lead.

But the beleaguered keeper could do nothing when Diogo Dalot sent in a cross six minutes after the restart with Ramos in the right place again at the near post to slip the ball between Sommer's legs and give Portugal a three-goal cushion.