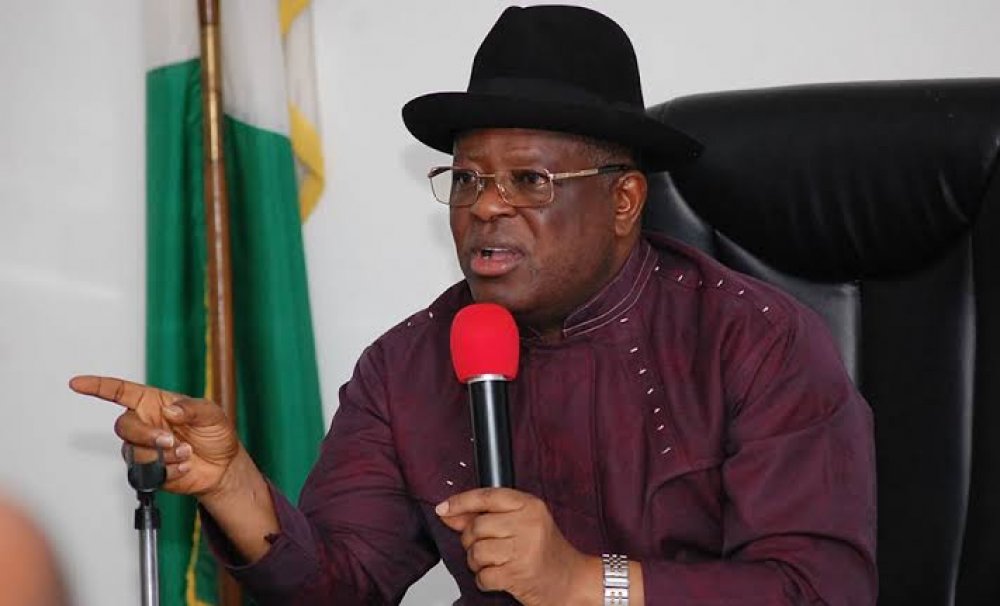 Governor David Umahi of Ebonyi has expressed the fear that the declaration of the South-East as a red zone due to the spate of insecurity will deprive the area of federal projects.

Umahi made the remark on Tuesday in Abakaliki while inaugurating the new leadership of the South-East Traditional Rulers Council, headed by Eze Charles Mkpuma, the Chairman of the council in Ebonyi.

He said that Federal Government’s ministries recently declared the southeast as a red zone because of the high wave of insecurity in the area.

According to him, the insecurity in the zone, occasioned by agitations for self-determination, amounts to “self-inflicted injury” by the people.

“The declaration of southeast as a red zone by these ministries means that what is due to us would be difficult to come.

“It is time for the zone’s leaders and people to collectively say no to the killings in the zone because we no longer see the real agenda of the agitations.

“The people should support governors from the zone and other leaders to permanently stop this bloodshed because we know the parents and communities of the perpetrators of the heinous acts,” the governor said.

He further said the agitation for secession had been hijacked by cultists, kidnappers and other criminal elements, hence the need for the acclaimed freedom fighters to critically review the situation.

“It is presently difficult for trucks with goods from other parts of the country to come to the zone as we did not harmonise adequately to determine areas of comparative advantage,” he said.

Umahi reiterated his stance that the Federal Government should continue to collect and distribute proceeds from the Value Added Tax.

He commended the immediate-past Chairman of the zonal council, Igwe Nnaemeka Achebe, the Obi of Onitsha, for his quality leadership and urged his successor to build on his legacies.

In a speech, Achebe thanked the southeast traditional rulers for their support during his tenure and urged them to extend similar gesture to his successor.

“I am delighted over the unity that exists among traditional rulers in the zone and I seek greater support to the traditional institution to effectively discharge its mandate,” he said.

The new zonal chairman, Mkpuma, expressed gratitude to his colleagues for finding him worthy to serve them and pledged to justify the confidence they reposed in him.

“I will work for the improved unity and welfare of our members and ensure that we contribute effectively in solving the numerous challenges confronting our zone,” he said.