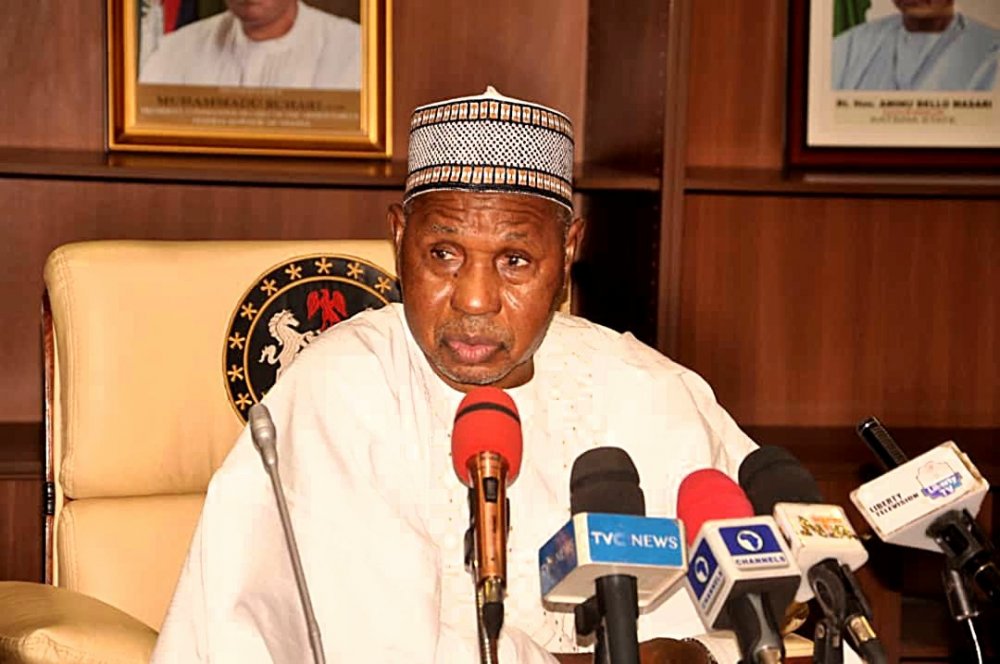 The Katsina State Governor, Aminu Masari, has said that the declaration of a state of emergency on security will not solve many challenges facing the country.

Masari who briefed journalists on Thursday after meeting with the Chief of Staff to President Muhammadu Buhari, Professor Ibrahim Gambari at the State House in Abuja, said the military is overstretched.

“It cannot because how can a state of emergency solve the problem? You have a situation where the military is in all the states of the federation, then you ask yourself, how many do we have?” he said.

“I think we better be serious about this issue of security. If you say set up a state of emergency, what do you do? We are having the same people, the same security agencies, the same capacities, and the same resources. So what are we talking about?”

Masari noted that the country’s security situation was a national concern and gone beyond partisan politics. He added that the responsibility of securing the country did not rest solely on a set of individuals or security agencies.

The Governor emphasized that security would ultimately be of great benefit to every Nigerian and sub-Saharan Africa as a whole.

He further reacted to the security situation in his state, saying that his administration was working hard to contain the ugly trend of banditry, kidnapping, and several others.

According to the Katsina Governor, the state government was working closely with security agencies to nip criminal activities in the bud for the overall good of residents of Katsina State.

He added, “Actually the situation is still of high concern, insecurity is real and we’re doing everything to make sure that we control the situation so that it doesn’t reach the level it reached before and we’re hopeful that working together with the security agencies and the responsible people and also the repentant bandits will be able to have our state will back to normalcy.”

Masari’s reaction came 48 hours after the House of Representatives asked President Buhari to declare a state of emergency on security in Nigeria.

On April 27, 2021, the House held a record three-hour executive (close-door) session, where the lawmakers unanimously adopted a series of resolutions.

The Speaker of the House, Femi Gbajabiamila after the meeting read out the resolution, part of which condemned the attacks on security personnel and formations around the country and sympathized with families of the victims.

The demand of the Green Chamber followed the recently taken over of 42 communities in Niger State by Boko Haram.

The Niger Governor explained that the plan of the insurgent was to make Kaura its operational base so as to occupy Abuja, which is just two hours’ drive from the State.