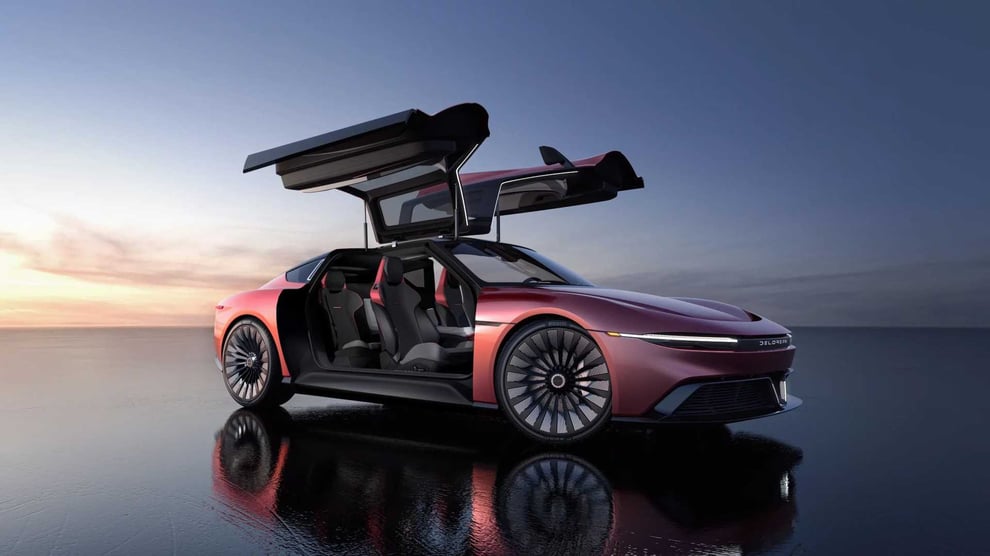 The first images of DeLorean Motor Company's future electric vehicle, the Alpha5, have been officially revealed.

The Alpha5 was designed by Giorgetto Giugiaro's ItalDesign company (which also created the first DeLorean), but no word on whether it would feature stainless steel panels like the original.

It is based on the "Medusa" concept developed by the original DeLorean corporation before it went bankrupt in 1982. 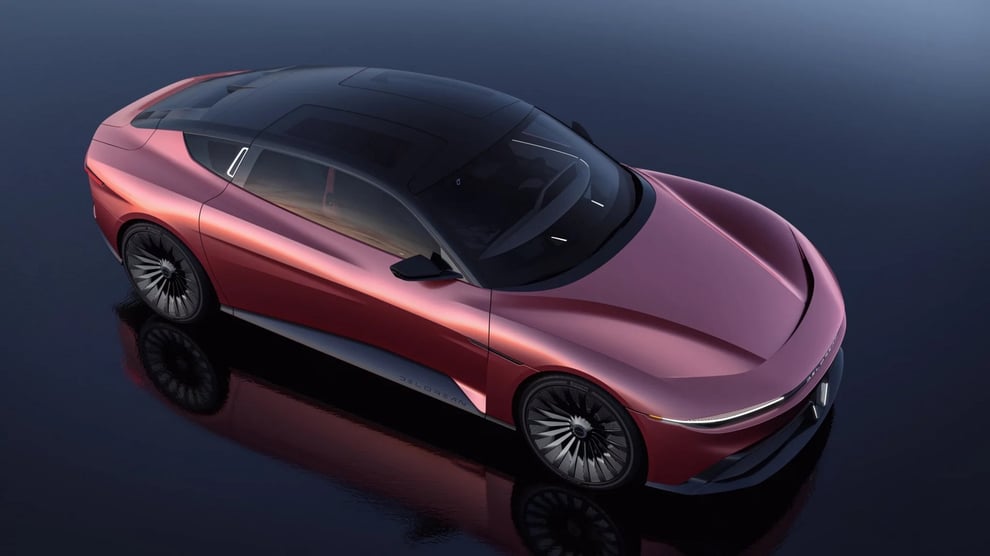 The key features of the wedge-like supercar style are pair of enormous gull-wing doors, and four seats allowing it to exceed 88 MPH with two extra passengers.

DeLorean Alpha5 is also a brand-new take on the iconic 1980s stainless steel-clad, gull-wing-doored sports car which was made famous by the Back to the Future film trilogy, which was initially teased in February. 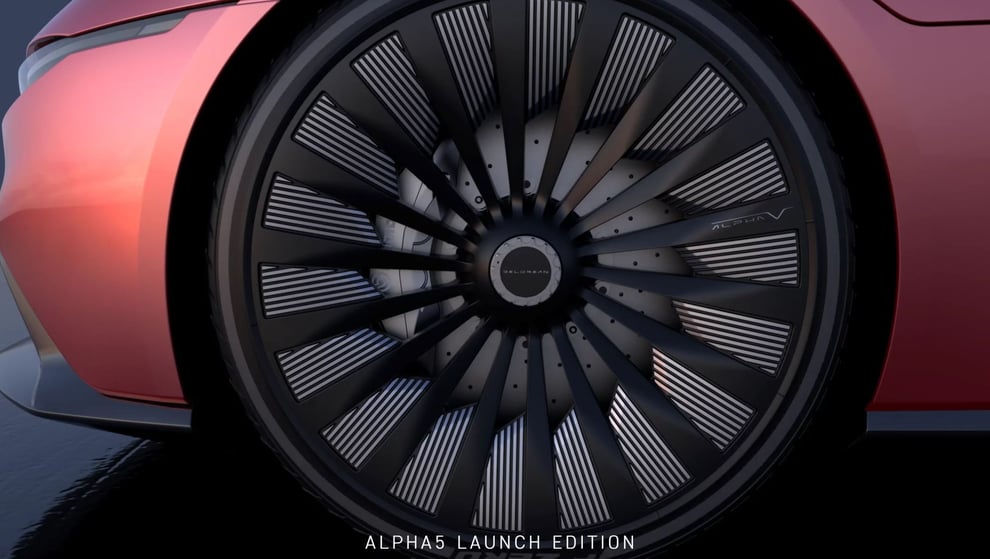 DeLorean plans to use a 100kWh battery pack with a dual-motor, all-wheel-drive configuration to provide a great range.

In less than 24 hours, the new DeLorean will be officially unveiled, bringing an end to months of anticipation and speculation.

According to a website generational page, DeLorean's archives have unearthed an undiscovered narrative.