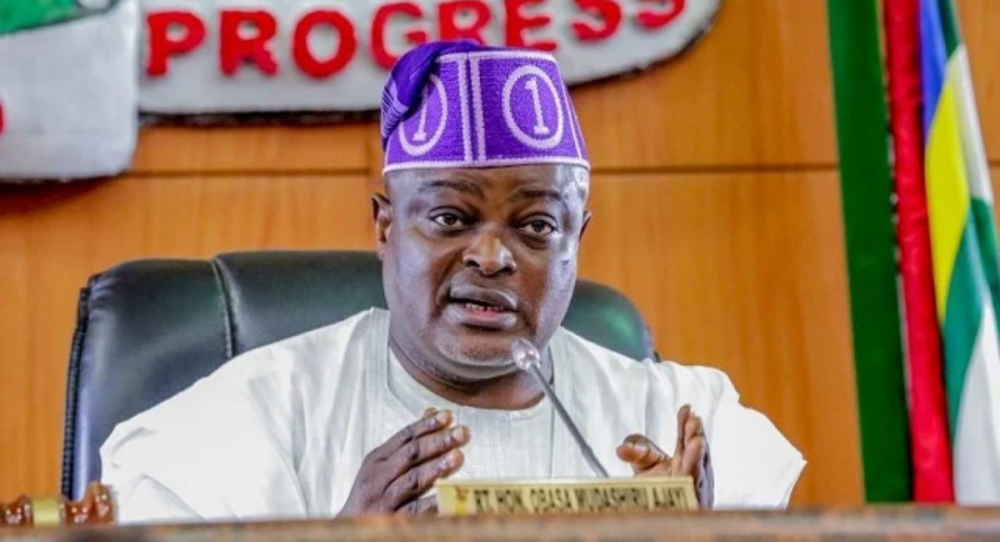 The Speaker of the Lagos State House of Assembly, Mr. Mudashiru Obasa, has urged Nigerian youths to shun protests that could result in violence.

Obasa gave the advice in Lagos on Saturday as part of the activities commemorating Democracy Day.

“As we celebrate this year’s Democracy Day, the youths, especially the agitators, must all resolve to shun actions that are anti-progress.

“Rather, they must begin to engage in healthy competitions, show more interests in how we are governed and support the dream for a better Nigeria always.

“We must start that change we so much desired from our small corners with the optimism that we will all be better off for it.

“We have no other country than Nigeria. We, the leaders and the led, must be ready to keep our land sacred, devoid of the growing tension and challenges of insecurity,” he said.

The speaker noted that as Nigerians mark another Democracy Day, it was worthy of note that Nigeria had been able to sustain her current civil rule for 22 years.

Obasa said that the sustenance of democracy for over two decades was proof that Nigerians were all united in their decision to have a government where their collective voice would be heard, where there was equity and majority rule, devoid from what obtained under the military.

The speaker noted that coincidentally, this day marks the 28th anniversary of June 12, which had become synonymous with the victory of the late Chief MKO Abiola in the 1993 a presidential election which the military later truncated.

He said: “The fact that the country had remained united in spite of our differences and challenges is proof that deep inside of us, we love ourselves and we want peace, we want to truly be proud to be associated with Nigeria.

“Nigeria has come a long way in its journey to progress. We have experimented with various forms of government and we agree that none is better than democracy.

“If that is the case, we all, individually and collectively, have the responsibility to make it work, not just for itself, but for our own good and the good of the nation.”

Obasa congratulated the nation’s political leaders, including Asiwaju Bola Tinubu, who fought, staked their lives, their energies and resources to wrestle power from the military and make this democracy to work.

The speaker also congratulated Nigerians, and in particular the people of Lagos, a state, which he said, has become a benchmark for measuring success, where the government works tirelessly to create a friendly environment for its inhabitants.

He noted that at the Lagos Assembly the lawmakers had been able to raise the bar in legislative practices.

Obasa said they had produced laws and motions with the people in focus, adding that the legislators would continue to strive for a better state.