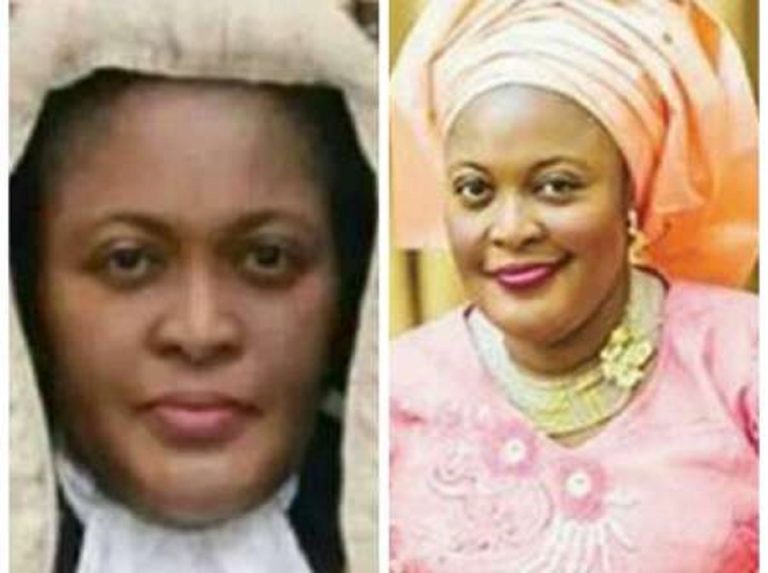 A group, the Southern Nigeria Frontier (SNF) has expressed worry about the recent invasion of the Abuja residence of Supreme Court Justice, Mary Odili.

In a press statement signed by its spokesperson, Olufemi Lawson, the group which frowned at the Gestapo style with which the residence was stormed revealed that available evidence has shown that the action was ordered by the office of the Attorney General of the Federation.

It observed that the action depicted the height of corruption and executive recklessness with its intended target, once again intimidating Nigeria's Judiciary.

The group alleged that such action and conduct were now synonymous with the Buhari regime.

The statement also alleged, "Despite the denial by the administration, particularly the office of the Attorney General of the Federation, we wish to let Nigerians, and the International community note that this is another move by the administration to intimidate, denigrate and ridicule the judiciary just like what was done to unceremoniously sack former Chief Justice of Nigeria, Justice Walter Onoghen.

"What the Buhari administration is doing, particularly through AGF Abubakar Malami, is nothing but an executive recklessness and impunity.

"It must be known that a Supreme Court Justice like Justice Mary Odili is a senior citizen of this country whose residence cannot be hidden to the knowledge of the government, which should now be mistaken for an ordinary Abuja residence where 'illegal activities' are supposedly taking place, as claimed by the invaders of her residence. This is barbaric and unacceptable.

"There is no doubt that the continued attack on the institutions of our democracy, particularly the judiciary, by operatives of this administration is a descent into a deeper dictatorship than we have ever witnessed in our polity even during the military regime.

"If Supreme Court judges can be under this manner of assault and abuse of naked power, what would be the fate of the everyday citizens in Nigeria? This culture is no doubt, a new low never witnessed in our country and all lovers of justice, democracy, and decency must condemn this barbaric act."

While noting that democracy in Nigeria was becoming unsafe under the Buhari administration, the group called on Nigerians and the international community to pay serious attention to the abuse of power and threat to democracy.

"We wish to state that we shall not allow our democracy to be sacrificed on the altar of the desperation of today's men in power, as we remained resolute in our avowed commitment to the survival of our democracy."