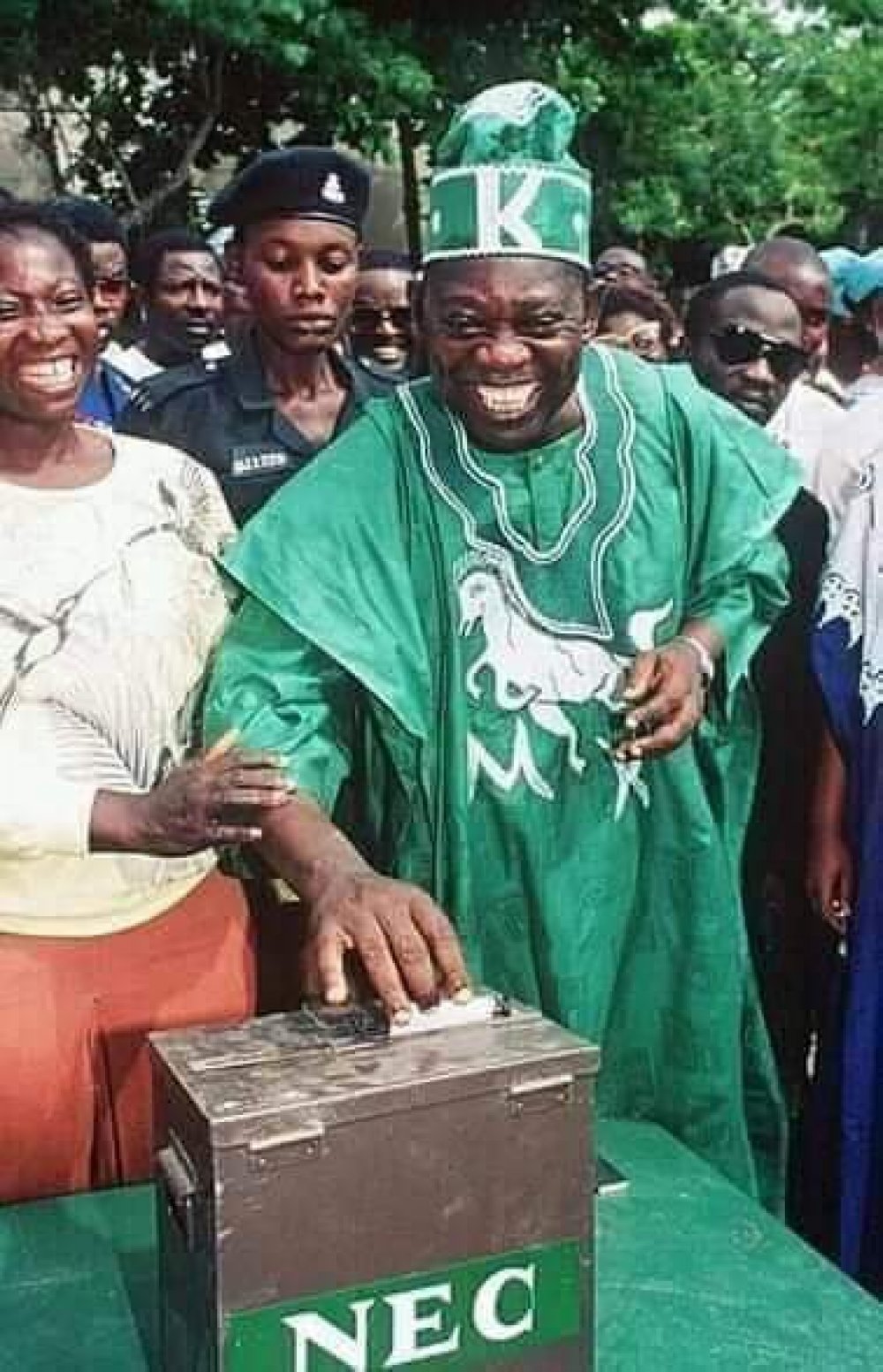 The Minister of Youth and Sports Development Sunday Dare has eulogised President Muhammadu Buhari for the honour of renaming the National Stadium after the winner of the acclaimed June 12 1993 presidential election Chief Moshood Abiola, describing  the Nigerian leader as a man who chose to walk the path many failed to.

AllNews reports that in his welcome address at the first anniversary of the renaming and the unveiling of the Moshood Abiola National stadium in Abuja, the Minister disclosed that the occasion was an attestation of the President's vision and mission of giving recognition to worthy citizens while encouraging the younger generation to join him in building a "strong,  virile and indivisible nation".

While also describing the late MKO Abiola as a great Pan Africanist and a great lover and promoter of sports, he said, "Abiola was a consummate sports lover. He invested his time and resources in sports development particular football. Not many sports administrators will forget Abiola in a hurry.

"It is therefore fitting and proper for President Buhari to have named our national stadium, an iconic monument after such an illustrious citizen and a lover of sports.

"This renaming beyond its symbolism will remain a reminder through time of the indelible footprints Chief Abiola left in our political and sports development as a nation.

"The naming of this stadium will serve to beckon to other Nigerians with ways and means like Abiola to emulate him and embrace, support and invest in sports development.

"Under this dispensation we have seen Alhaji Aliko Dangote and Chief Adebutu Kessington step up to the plate to support the government of President Muhammadu Buhari in the quest to restore our sporting infrastructure such as this. We thank them and several others supporting in their own little ways.

"We are grateful, first to God who has kept many of the actors and participants alive and most importantly to President Muhammadu Buhari who has demonstrated courage where other leaders before him failed and who has further validated his democratic credentials  by recognizing Abiola’s democratic value, apologizing for the political injustice and declaring June 12 as Nigeria’s Democracy Day. He also honored and conferred on Chief Abiola with the highest honor of the land GCFR- post humorously."

The President was represented at the occasion by the Minister of the Federal Capital Territory Mallam Musa Bello as the Special Guest of Honour at the event while Kola Abiola son of the late Moshood Abiola represented the family.

See some photos from the Democracy Day event below: 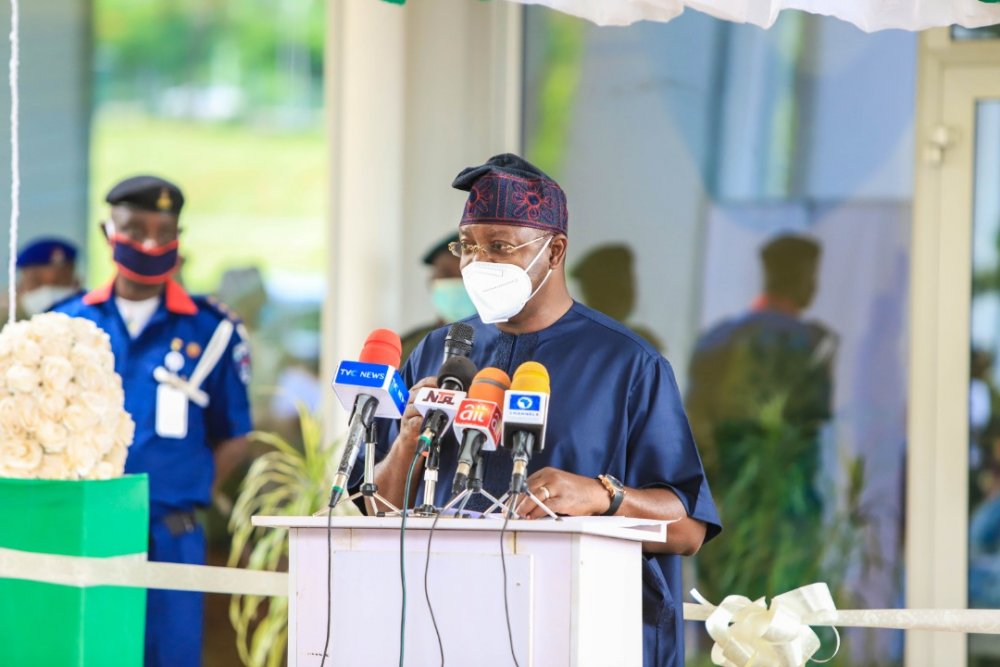 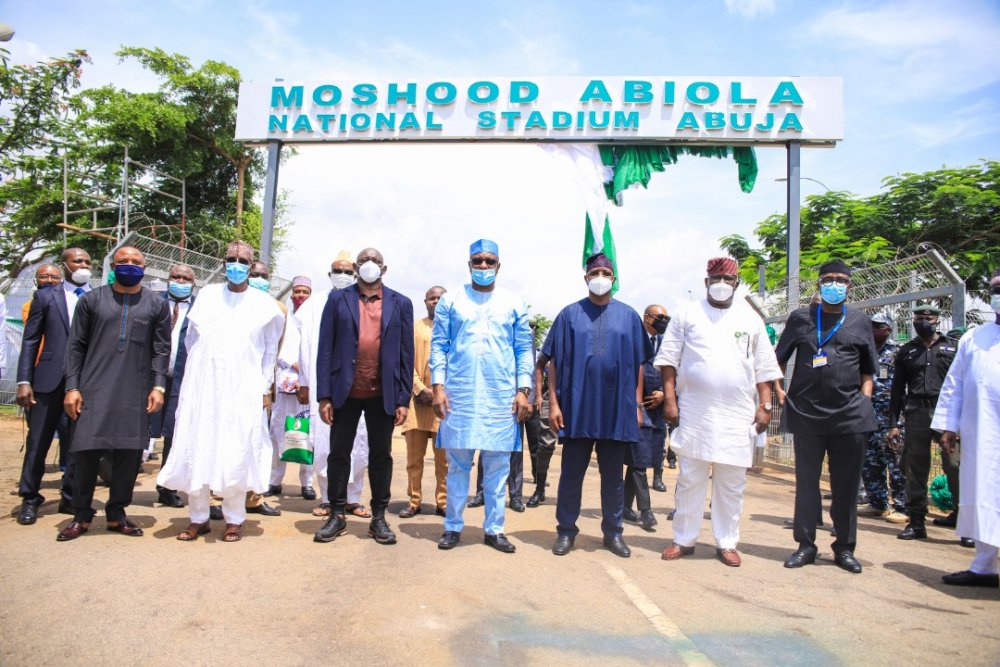 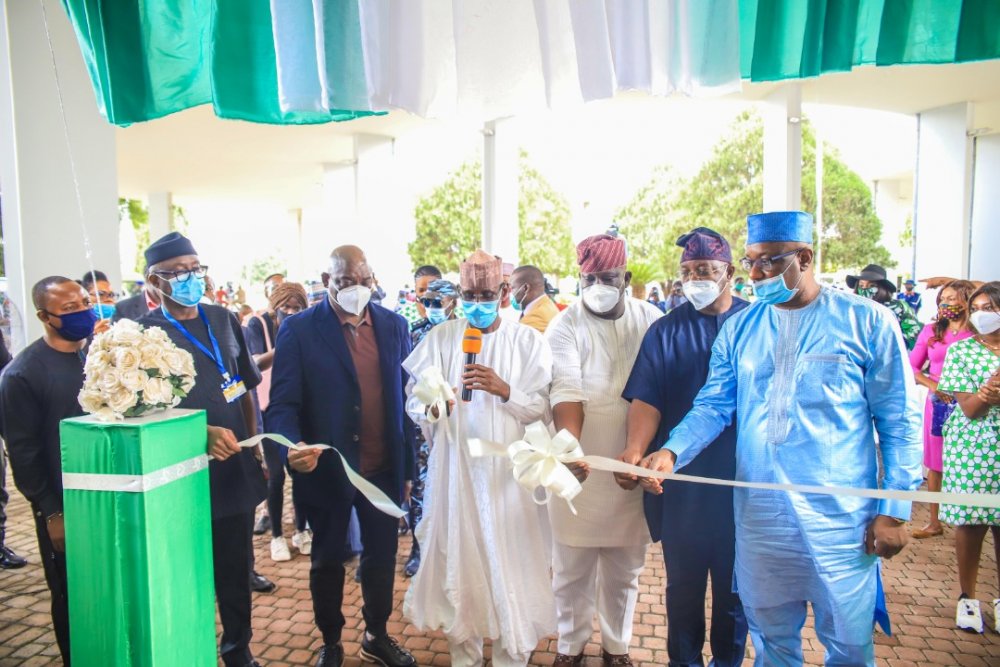 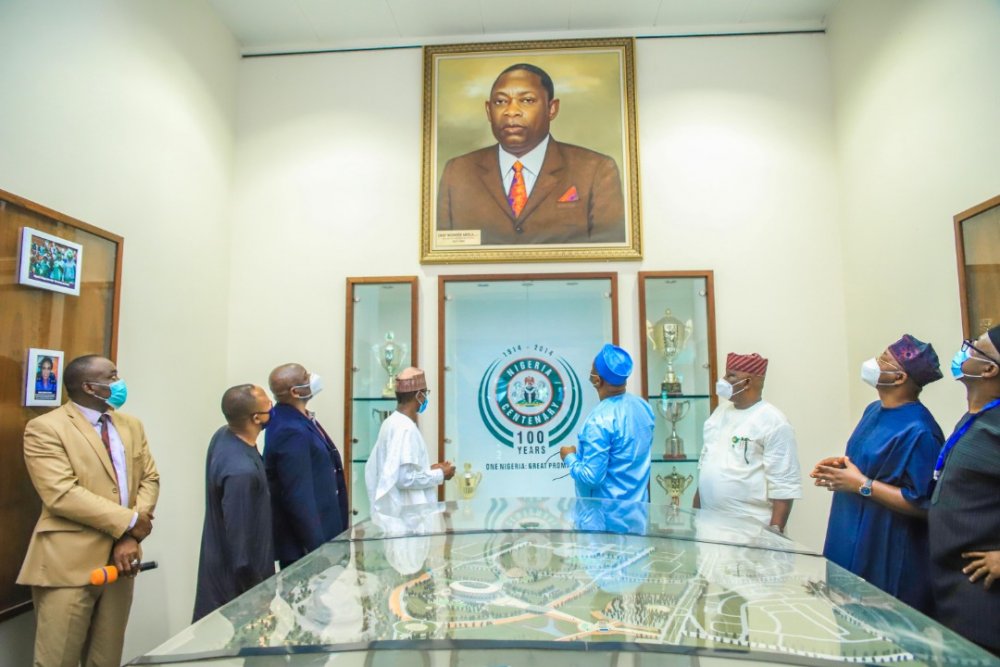