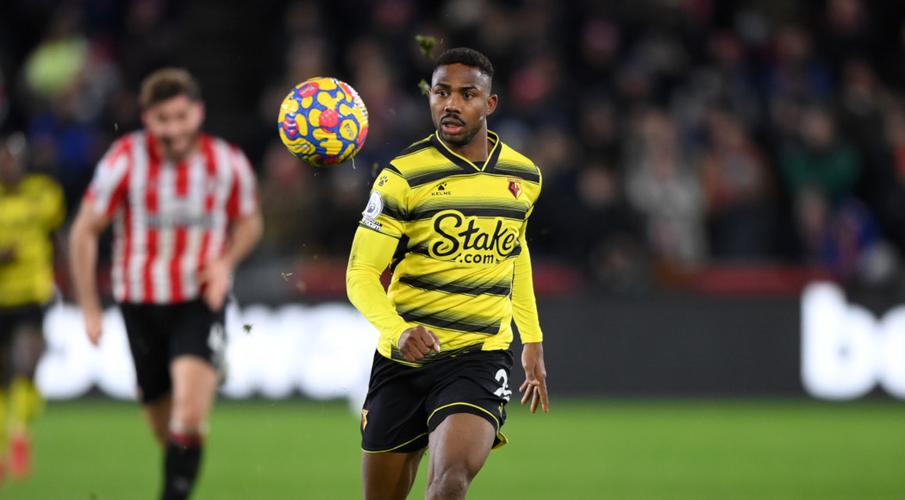 Watford's Emmanuel Dennis will not play in the Africa Cup of Nations after the Nigeria Football Federation (NFF) missed the deadline to call him up and although the striker wanted to go, he is happy to stay and help the club, manager Claudio Ranieri said on Friday.

Earlier this week, Ranieri revealed that Nigeria missed the deadline to inform Watford of their intention to select Dennis, giving the Premier League club the power to decide whether to release the 24-year-old striker for international duty.

The Super Eagles would now be without Napoli's Victor Osimhen and Emmanuel Dennis -- two of their most in-form striker for the ongoing 2021-22 season for the continental cup.

Dennis has been Watford's best player this season with eight goals and five assists in the league. His name was not included in Nigeria's revised 28-man squad announced on Friday.

"I knew they were speaking, the (Watford) board and Nigerian board, and I accept every decision they find. For me, it's finished," Ranieri told reporters ahead of Saturday's home game against Tottenham Hotspur.

When asked if Watford were being disrespectful towards the tournament by refusing to release Dennis, Ranieri said: "No, no, we respect everybody."

Injury-hit Watford are 17th, two points above the relegation zone but with two games in hand over the bottom two sides. Ranieri said they could bring in reinforcements when the January transfer window opens.

"My focus is only on Tottenham. When we finish that match I will speak with the board to try to find the right solution for the team," he added.