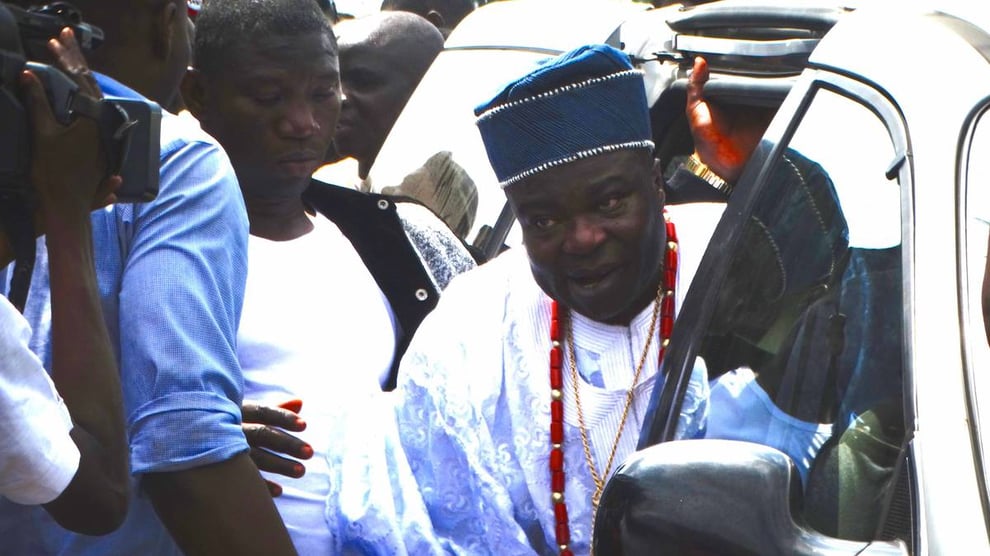 The deposed Deji of Akure, Oba Adesina Adepoju, has died.

This was made known in a statement by Prince Dapo Adepoju, spokesperson for the Adesina Royal Family of the Osupa Ruling House.

Prince Adepoju stated that the late monarch passed on in the early hours of Thursday after a brief illness.

"Oba Oluwadare Adepoju has passed on to the eternal glory this morning, January 27, 2022, during a brief illness.

"He passed on in a private hospital in Abuja in the early hour of today.

“The late Oba Adepoju was deposed by former Governor of Ondo State, Dr. Olusegun Mimiko on grounds of misunderstanding between the monarch and his wife.

“Before he transitioned to eternal glory, the deposed monarch prayed for the peace of Akure Kingdom.

"He said he did his best in defending his people while on the throne.

“The 45th Deji promulgated and ensured the implementation of reasonable market price control during his reign. He also recovered and took possession of Ilula Recreation Centre from a powerful cabal back to the Akure Kingdom.

“Oba Adepoju during his reign also provided local security and fair judgement was the order of the day.

“Shortly before he passed on, he predicted that Akure shall be great and specifically that an Akure son would lead Nigeria as President.

“Finally he urged the good people of Akure Kingdom to always live in oneness and peace.”