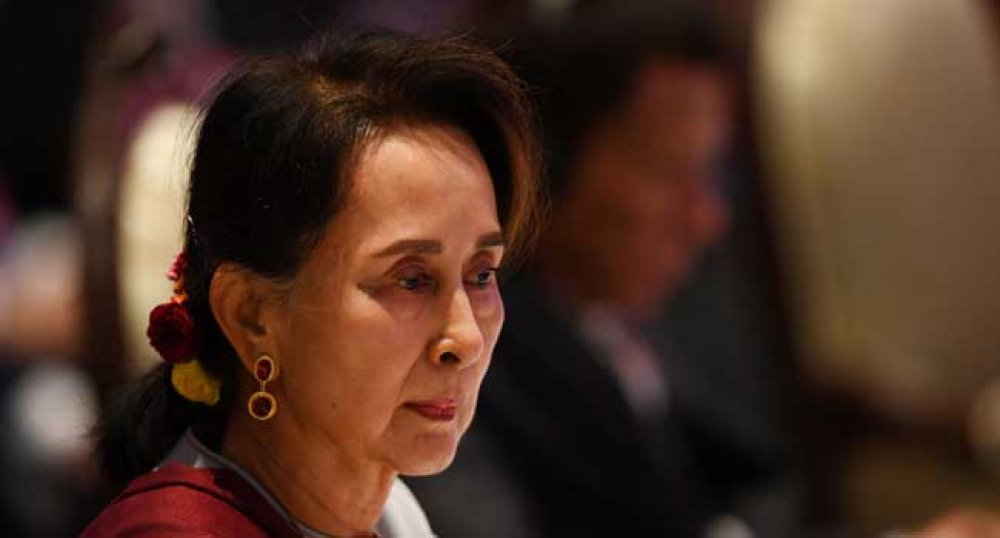 The deposed leader of Myanmar, Aung San Suu Kyi will be appearing in court this week via a video conference. She will be answering the charges brought against her by the new military junta, her lawyer disclosed on Monday.

Two days after the coup, the 75-year-old Nobel laureate was charged for violating Myanmar’s import and export law, after a search of her house found walkie-talkies.

Also, President Win Myint, like Suu Kyi, was detained in a dawn raid on February 1. He was charged with violating coronavirus restrictions when he took part in a campaign event last September that drew hundreds.

Both are expected to answer questions on Tuesday and Wednesday. This was disclosed by lawyer Khin Maung Zaw outside a court in Naypyidaw, Myanmar’s capital, following a meeting with judge.

“When they are brought to the court on both February 16 and 17, they will be questioned via video-conferencing,” he said.

Both Suu Kyi and Win Myint, have not been publicly seen since the coup, though the NLD party has heard that she is “in good health”.

The detention period was set to end on Wednesday, the lawyer said. He has not been allowed to meet his clients yet.

Khin Maung Zaw added that he would also be expected to represent Win Htein, a top NLD executive who was arrested after the coup.

Win Htein, was Suu Kyi’s right-hand man and confidante. He was interviewed by local media after the coup where he urged the people of Myanmar to “oppose (the coup) as much as they can.”

The lawyer added that the 79-year-old NLD stalwart has been charged with defamation.

Referring to the trio, “We are trying our best to meet with them,” he said.

About 400 people have been detained since the coup on February 1, according to the Assistance Association of Political Prisoners monitoring group.

Many of the arrests were political supporters of Suu Kyi but authorities are also stepping up detentions of civilians taking part in the nationwide protests against the military junta.

Last week, security forces made a late-night raid of the NLD headquarters in Yangon, confiscated computer devices, cut server cables, and broke into the party’s safe.