Despite Russia’s Pledge, Fighting Continues On Many Fronts In Ukraine 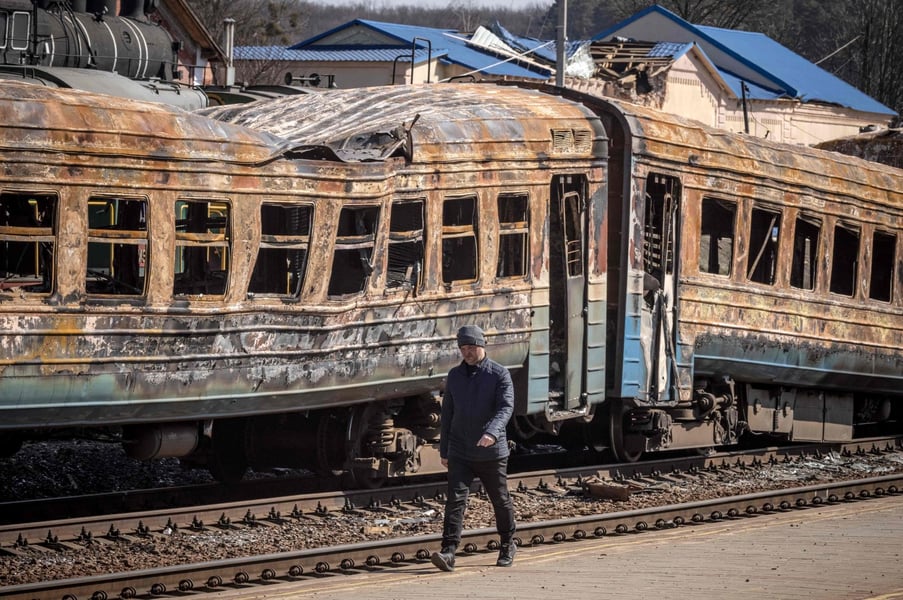 Ukrainian officials reported shelling and bomb attacks around the capital Kyiv and the northern region of Chernihiv on Wednesday.

This is despite a promise by Russia to scale down military operations there.

The regional governor said heavy fighting was reported in the southern port city of Mariupol and Russian forces were also shelling nearly all cities along the front line separating Ukrainian government-controlled territory from areas held by Russian-backed separatists in the eastern Donetsk region.

The governor of the Khmelnytskyi region in western Ukraine also said Russian forces had hit industrial facilities in the region in three strikes overnight.

The governor gave no details of the targets or the damage but said fires had been localized and checks were being made to determine whether there were any casualties.

Vitaliy Kim, governor of the Mykolayiv region in southern Ukraine, said fighting also continued around occupied Kherson on the Black Sea and in the region as a whole.

He also said Russia would keep some troops near Kyiv to try to prevent Ukrainian forces from reinforcing the eastern front.

The Daily Sabah reports Russia's pledge to scale back some military operations in Ukraine. With the reason event, it is a bitter reality check in a rare moment of optimism five weeks into what has devolved into a bloody war of attrition.