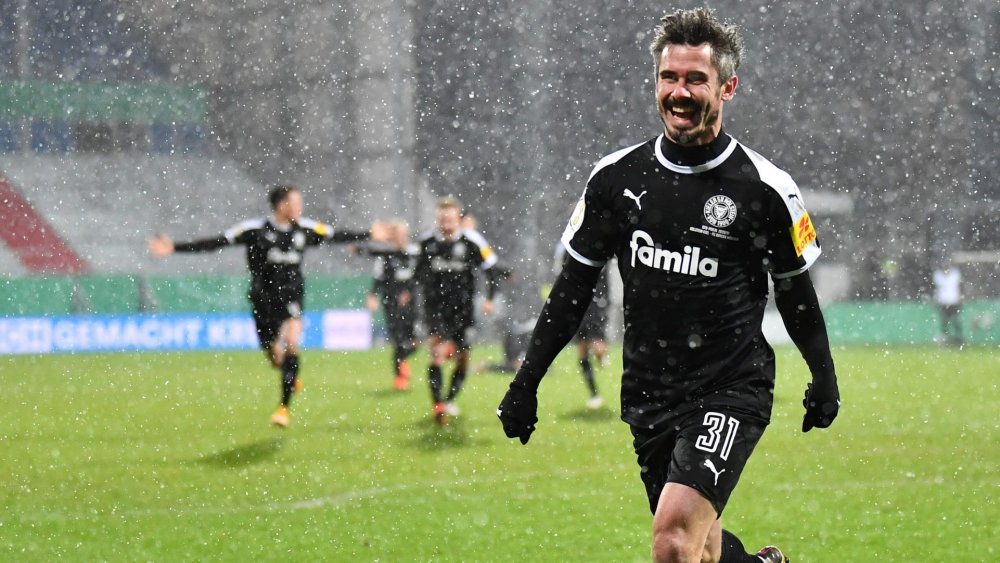 Bayern Munich were stunned by second division Holstein Kiel as the holders crashed out of the German Cup on Wednesday. They were defeated on a nail-biting penalty shoot-out 6-5 in the first round, with the second round tie finishing 2-2 after extra-time.

This is the first time Bayern have been knocked out of the cup by a non-Bundesliga club since losing to then fourth-tier Magdeburg in 2000/01. 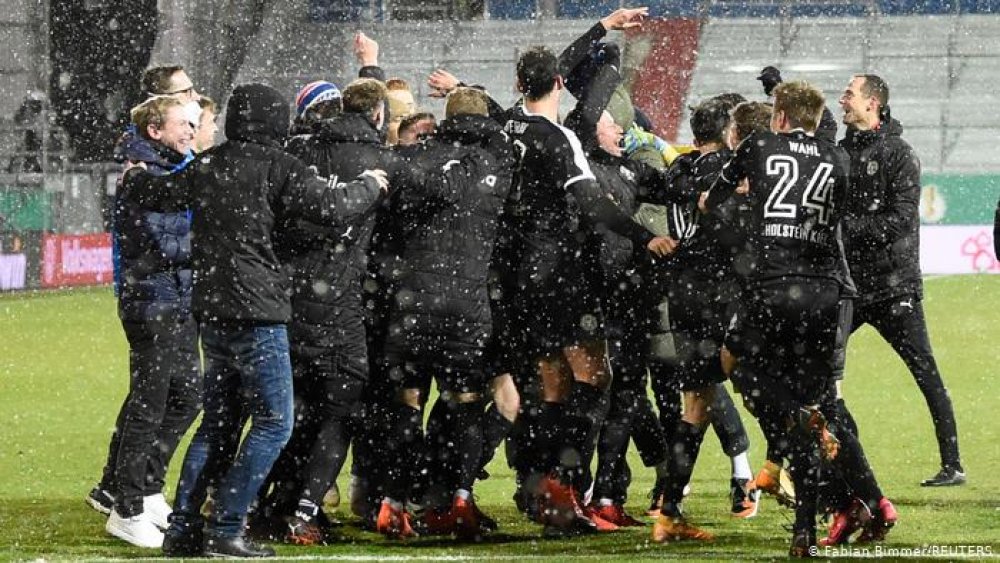 "It's all the more annoying that we conceded an equaliser which made it 2-2 in the last second (of normal time). Congratulations to Kiel.

"It's a shock. We are enormously disappointed," Flick said after the match

"We have to put it behind us and do things better."

The upset means this is the first time European champions Bayern have been eliminated from a cup competition since Flick took charge in November 2019.

Bayern were 2-1 up thanks to goals by Serge Gnabry and Leroy Sane, either side of a superb Bartels strike, before a last-gasp header by Kiel captain Hauke Wahl on 95 minutes took the game to extra time, then penalties.

"Even if it sounds stupid after a cup defeat against an underdog from Kiel - luck wasn't on our side," said Mueller.

"It's certainly not FC Bayern's best phase," he added as the European champions also crashed to a 3-2 league defeat at Borussia Moenchengladbach last Friday.

"Being knocked out is brutal, we have to let that sink in first."

Bayern fielded a near-full strength side with only top-scoring striker Robert Lewandowski, who made a second-half cameo, and centre-back Jerome Boateng started on the bench.

Lewandowski's stand-in Gnabry gave Bayern the lead after only 14 minutes.

When Kiel goalkeeper Ioannis Gelios parried a Thomas Mueller header, it fell straight to the feet of Germany winger Gnabry who tapped into an empty net.

Having started 2021 top of the second division after five straight wins, Kiel caused nervous looks in Bayern's ranks when Bartels, 33, put them level. 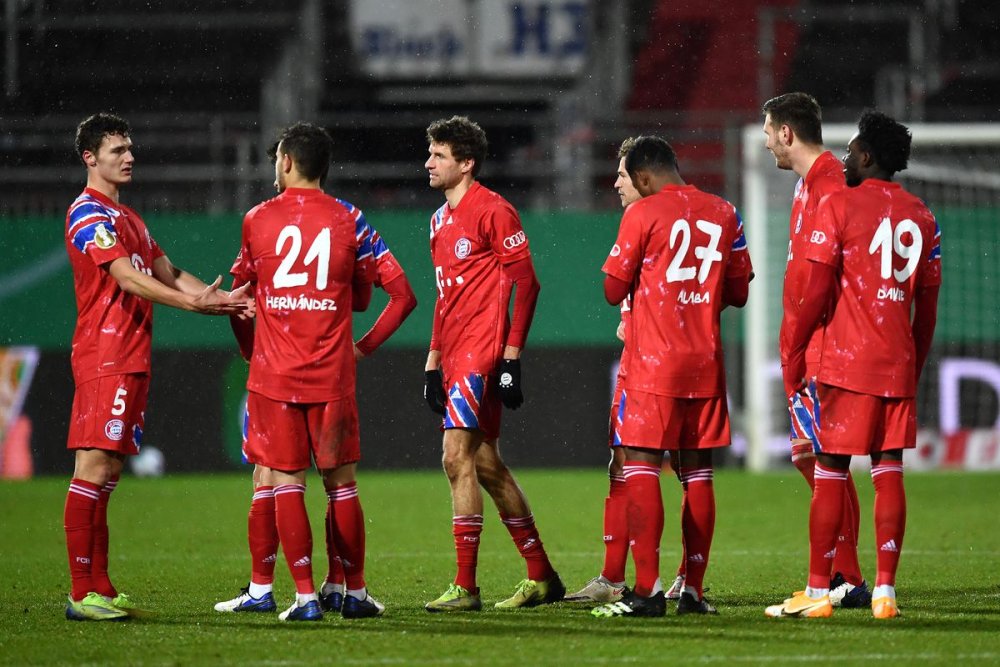 The former Bremen veteran sprinted onto a long ball, avoided the challenge of Bayern defender Bouna Sarr and fired past Manuel Neuer eight minutes from half time.

However, Sane restored the lead just three minutes after the break.

Sane expertly curled his free-kick over the Kiel wall and out of reach of Gelios' glove.

As heavy snow started to fall, Kiel kept plugging away and were rewarded with the equaliser five minutes into added time.

Sloppy defending at a corner when Wahl was left free in the area and the centre-back flicked his header into the far corner of the Bayern net to force extra time.

The European champions laid siege to the Kiel goal in a bid to avoid penalties but Gelios pulled off a string of saves.

In the last 16, Kiel will host fellow second-division side Darmstadt on February 2.

Bayer Leverkusen, who beat Eintracht Frankfurt 4-1 on Tuesday in their postponed second-round tie, are at Rot-Weiss Essen, the only fourth-tier club left in the competition.