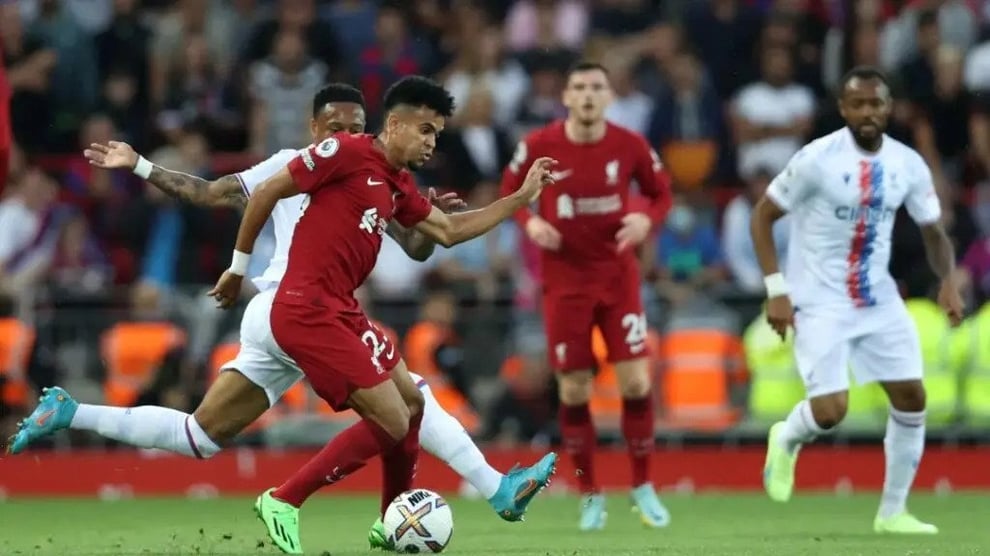 Luis Diaz's curler cancelled out Wilfried Zaha's opener as Liverpool, and Crystal Palace played out a 1-1 draw in the Premier League at Anfield on Monday, while new signing Darwin Nunez was sent off for a head-butt on his home debut.

Liverpool dominated the opening half but it was Zaha who broke the deadlock, stunning the home crowd with a brilliant finish to a counter-attack in the 32nd minute.

It marked the sixth league game in a row in which Liverpool had conceded the first goal, although they had over 75 per cent possession in the first half and a whopping 17 attempts, albeit with only three on target.

Nunez could have put Liverpool level just before the break, but his scuffed effort came back off the far post and Virgil van Dijk failed to connect properly with the rebound.

However, the Uruguay international, who recently arrived from Portuguese side Benfica, was shown a straight red card in the 57th minute for an apparent head-butt on Joachim Andersen, and he will now face a three-match suspension. 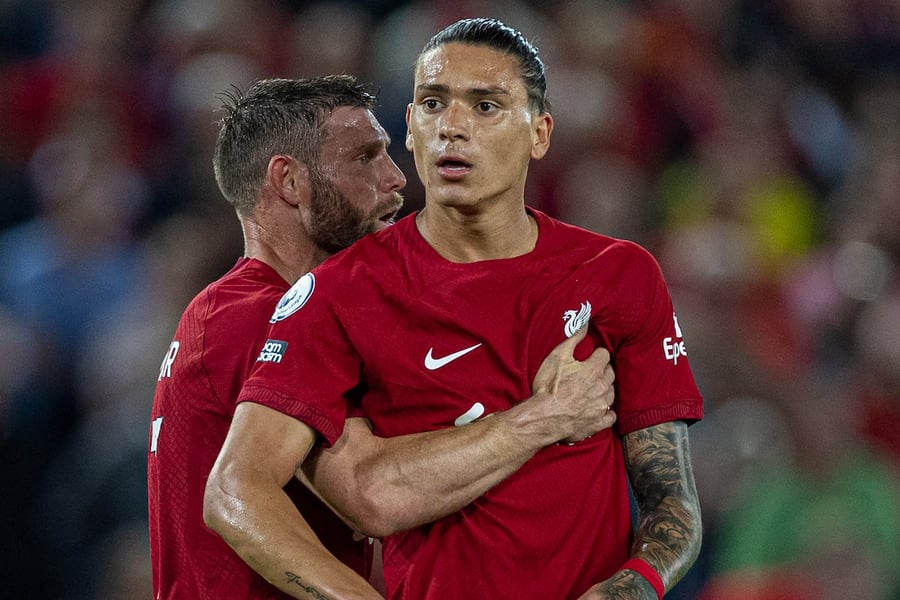 The sending-off inspired Luis Diaz to grab the game by the scruff on the neck in the 61st minute as the Colombian cut in from the left beat several players and curled the ball beyond the despairing dive of Vicente Guaita to put the hosts level.

Zaha had a golden chance to put Palace back in front after 78 minutes, ghosting behind the defence but volleying a low cross from Cheick Oumar Doucoure off the outside of the far post.

"I thought we started pretty well and then we lost our way a bit in the middle. They've obviously got quality, they're always going to cause you problems on the break, which we could have defended better."

Palace boss Patrick Vieira was delighted to leave Anfield with a point, despite having an extra man for the last half-hour.

"Overall we keep our organisation our discipline - this is a really tough place to come and try to perform ... it was a really good team performance and I'm really happy with the team, the way they played today," he said.