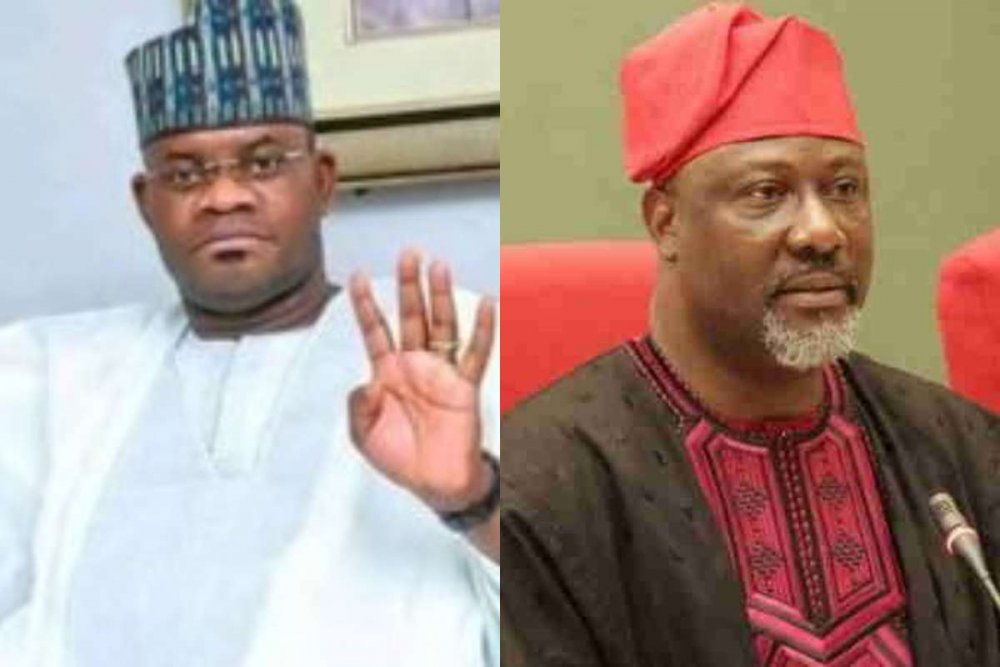 Following a statement made by the Governor of Kogi State, Yahaya Bello on Channels Television interview that 'Nigeria will become safe only when politicians stop using thugs for elections', Dino Melaye, former Senator representing Kogi West has taken to his Twitter handle to throw shades at the governor.

AllNews understands that Governor Yahaya Bello who appeared on Channels Television’s Sunrise Daily on Wednesday made a statement against thuggery in Nigeria.

According to him, “When I came on board, I inherited a state that was largely divided along several lines. For you to aspire to be anything politically in Kogi State then, you must have what we call ‘boys’ or thugs or touts and then use it to intimidate people during political dispensations.

“Once the political exercise is over, the so-called boys or thugs or foot soldiers would be abandoned and then left to themselves and by that, they breed into something else or a hydra-headed monster that you will not be able to curb at the end of the day. There are several history and intelligence to that across the country.

“But I refused to play that kind of dangerous or unnecessary politics when I came on board. My ascension to the office is known to everybody in the world. I chose my path immediately and decided to deal with criminals irrespective of political affiliations by using the laws passed by the Kogi State House of Assembly and the existing security architecture.”

Dino Melaye while reacting to Governor Yahaya Bello's statement via his Twitter handle said he is the vice-chancellor in the institution of thuggery.

Dino Melaye tweeted “Yahaya Bello’s public condemnation of thuggery, an institution where he is the vice-chancellor is a serious sign of psychotic disorder and mental inherited hormonal imbalance.”