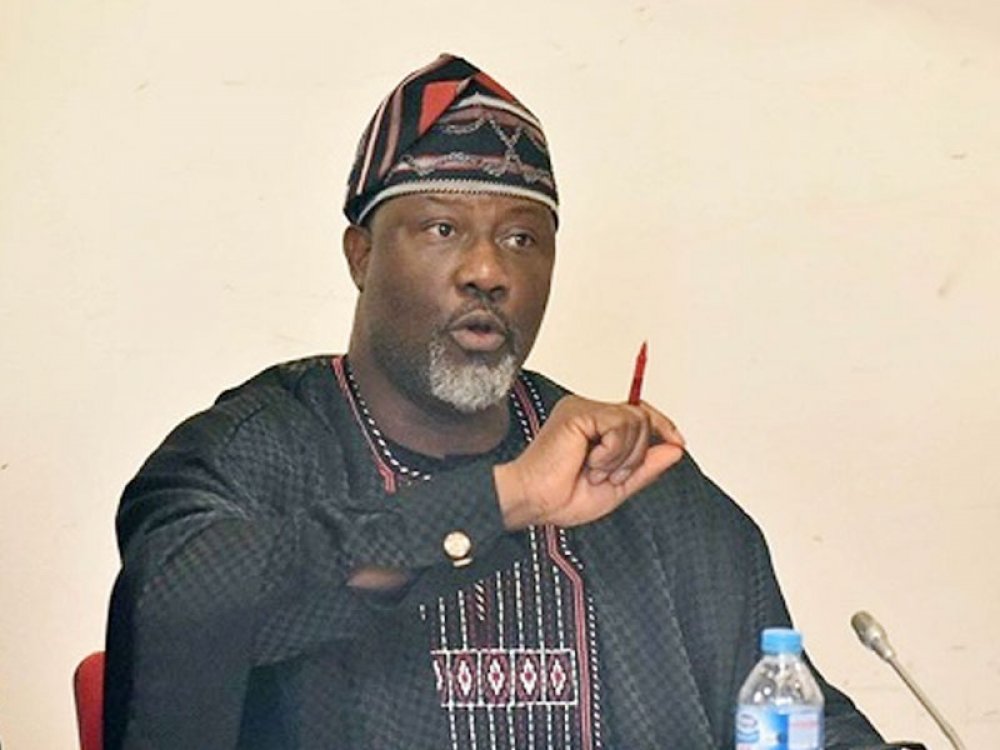 Senator Dino Melaye on Wednesday called for a stop to the move by the President Muhammadu Buhari-led administration to renovate a "dead" Port Harcourt refinery with N720 billion ($1.5 billion).

The federal government had on Wednesday, March 17th, 2021 approved the sum of $1.5 billion for the rehabilitation of the Port Harcourt Refinery.

The Minister of State for Petroleum Resources, Timipre Sylva, announced the approval at the end of the Federal Executive Council (FEC) meeting presided over by President Muhammadu Buhari at the Council Chamber, Presidential Villa, Abuja, on Thursday.

The repair, which will be executed by Tecnimont SPA, an Italian company, will be done in three phases of 18, 24, and 44 months.

But reacting to the development on his Twitter page, Melaye described the refinery as a dead one, stating that the money is going to be spent on the embalmment of a “dead refinery”.

In the video, Melaye said there is a need to “reverse this satanic, wicked, nefarious decision.”

He also alleged that some want to eat and benefit from the decision he described as “stealing”.

Melaye said: “President Muhammadu Buhari, this is a clarion call for you to please act and act immediately to make sure that the contract for the renovation for the dead Porthacourt refinery is cancelled.

"This is a time for you not to be deaf and dumb but to listen to the yearnings, aspirations of Nigerians. That is a rape of our common patrimony and we expect that Mr President you will stop the Ministry of Petroleum from carrying out this wicked stealing that is about to take place.

"I use this opportunity to call on Mr President to carry out a forensic investigation of the petroleum sector and specifically this outrageous, irresponsible, calamitous renovation that is about to take place.

"Mr President, you may not be aware, but in the last years, we have spent N1.6 trillion has been spent in the turnaround maintenance of these dead refineries. I also want to put it to you that in the last three years, none of our four refineries have produced even one barrel/liter of refined product.

"I also want to put it to you that over the years, we have been spending over N10Billion every month in the maintenance of a dead refinery that is not producing.

"With all these statistics, it is outrageously unreasonable for anyone wanting to invest 1.5 billion dollars, over 700 billion on the Port Harcourt refinery.

"Mr President, as I speak to you, that refinery was up for sale some few years ago for 500 and something Million dollars. If it was up for sale for the aforementioned amount, why on earth will anybody now want to renovate for $1.5 Billion.

"Mr. President, enough is enough, we are waiting for you to act on this, and failure to act, Nigerian will act. We have no other country to call our own, we are ready to carry out a peaceful action to press you to be responsible for governance, and Nigerians are not fools. E don do, e don reach."