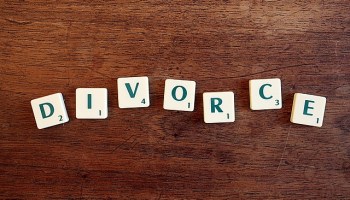 A factory employee, Stephen Oyediran, has told a Mapo Grade A Customary Court in Ibadan to dissolve his eight-year-old marriage to his estranged wife, Busayo, over alleged adultery.

Oyediran, who resides at Challenge, Ibadan, explained that he made up his mind to call it quit after Busayo failed to change her wayward behavior.

“After Busayo agreed to marry me in Ondo, I never knew that she was still sleeping with men.

“When she eventually moved in with me, I noticed that Busayo was living a flamboyant life and not ready to receive instructions from me.

“In addition, she was always looking for opportunities to go to Ondo to meet her concubine,” Oyediran told the court.

He added that he saw some secret love messages between his estranged wife and her concubine.

“Worst still, Busayo is into extramarital affairs with the headmaster of the school where she now teaches in Ibadan.

“When I could no longer bear the embarrassment, I told the headmaster to stick to Busayo and leave my three children for me to take care of.

“This is the reason why the headmaster got me arrested.

“Busayo has subsequently gone to rent an apartment close to the headmaster’s home.

“With my little earning, I have been doing all I could to cater for her and the children,” Oyediran said.

In her statement, Busayo who filed the suit had informed the court that her husband kept suspecting her unnecessarily despite his irresponsibility.

“My lord, Oyediran initially denied responsibility that he impregnated me for our first child.

“After accepting it, he begged me and we moved on.

“Oyediran could no longer pay the children’s school fees and we shouldered the responsibility together because I teach in that school.

“He kept accusing me of insulting his mother which I never did.

“Oyediran no longer informs me about anything he wants to do.

“Also, Oyediran has denied me access to our first male child because he has taken him to his hometown in Awe, Oyo State, where his relatives live,” Busayo said.

When both parties closed their arguments, the court’s President, S.M. Akintayo adjourned the suit until March 18 for judgment.

Akintayo advised the duo to maintain peace at all times.