DJ Cuppy Having Hard Time At Oxford University, See Why 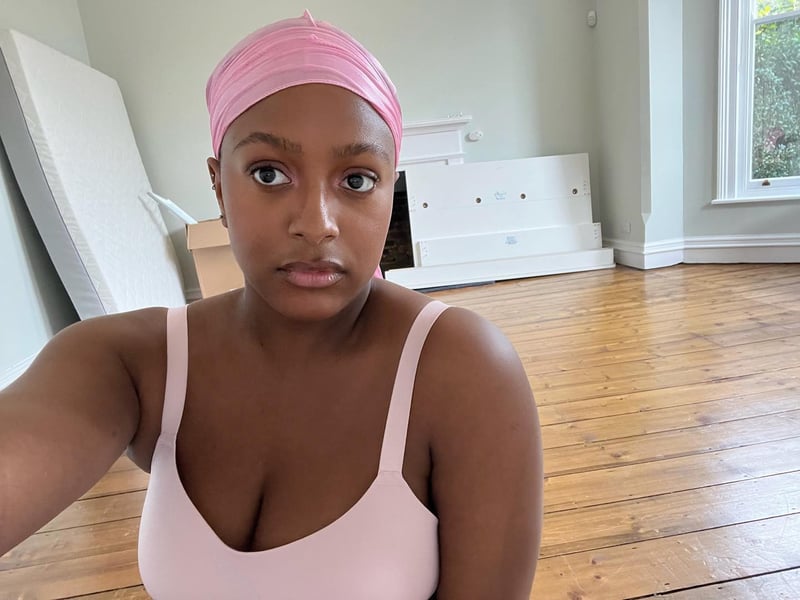 Billionaire heiress DJ Cuppy has revealed that she is currently going through a difficult time because she is in her last term at the Oxford Unversity, London.

She noted, via her Instagram story on Wednesday, that her thesis is due soon and she is under pressure to deliver a high academic standard.

Cuppy said that the pressure is draining her emotionally and mentally as she has never done a reseach paper.

Furthermore, she revealed that her diagnosed ADHD is not helping matters at all.

"Haven't been online for a few days as I've been dealing with quite a difficult time as it's my last term at Oxford University," Cuppy wrote.

"My thesis is due soon and I am under so much pressure to deliver at such a high academic standard.

"Having never done a research paper before, its extremely draining in a mental and even emotional way.

"My diagnosed ADHD and anxiety have truly got the best of me.

"I'm going through a rough time, I know, but it shall soon pass and I will finish this paper and hand it in. I have full GODFIDENCE." 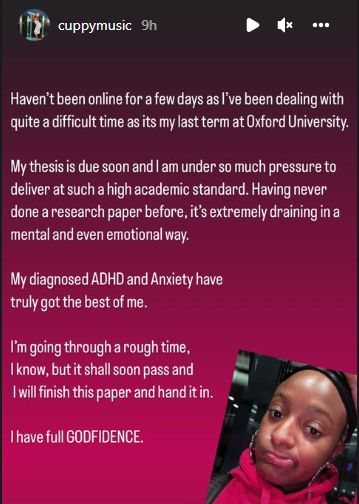 In March 2021, the 29-year-old singer took to her Twitter handle to excitedly reveal that she has been accepted for a Master's degree in African studies.

In October, she celebrated as she became an official student of the University of Oxford.

The Disc Jockey took to her Instagram page to wow her fans with photos from her matriculation ceremony.

According to her, she worked really hard to get into the university and it has paid off.

If she completes this, it will be the third degree DJ Cuppy has to her name, having got her first and second degree in Business and Economics from King’s College in 2014, and Music Business from New York University in 2015 respectively.