Djokovic Defeats Alcaraz To Claim 80th Win At Wimbledon, Enters Next Round 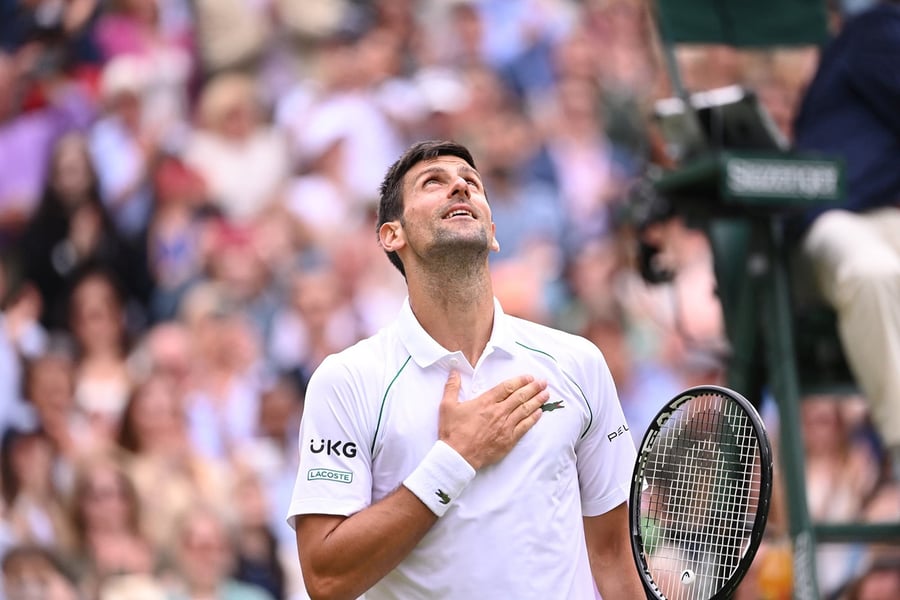 Novak Djokovic became the first player to win 80 matches at all four Grand Slams as he made a successful start to his Wimbledon title defence on Monday.

The World No.1 had to fight back to defeat teenage star Carlos Alcaraz over five sets to make the second round.

But 20-time Grand Slam winner Djokovic was made to work after falling a break down in the opening two sets against his 81st-ranked opponent.

Djokovic, 35, is attempting to win a fourth successive Wimbledon title and join a select group.

In the Open era, only Bjorn Borg, Pete Sampras and Roger Federer have managed such a streak at the All England Club.

Next up for Djokovic is Thanasi Kokkanikis. "Novak is kind of a brick wall," said the Australian.

Alcaraz, a potential quarterfinal opponent for Djokovic, came back from two sets to one down to defeat Germany's Jan-Lennard Struff.

"Last year, I played five sets in the first round here as well so this shows how much I like grass," joked Alcaraz.