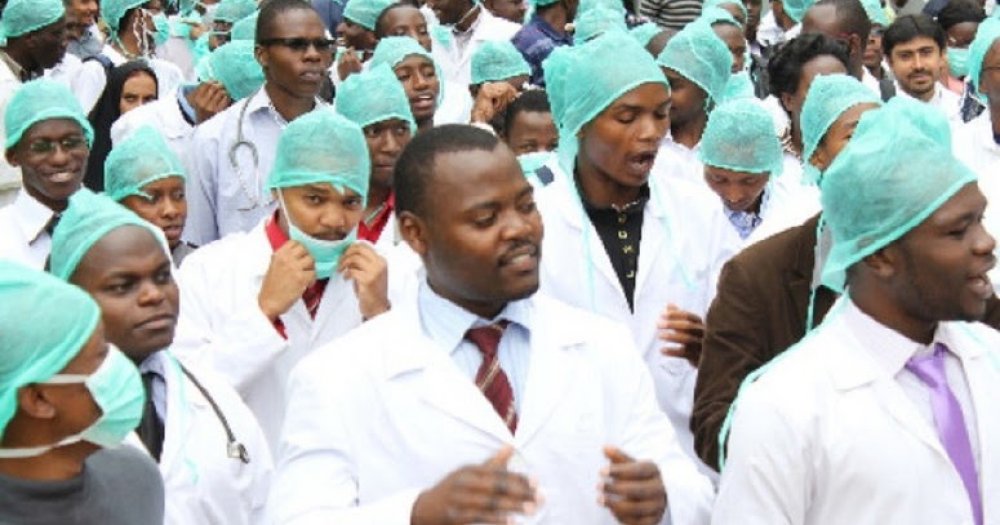 The Nigerian Medical Association (NMA), has thrown its weight behind the ongoing nationwide strike embarked on by the National Association of Resident Doctors (NARD).

In a statement jointly signed by its President, Prof. Innocent Ujah, and Secretary-General, Dr. Philips Ekpe, the NMA said the Federal Government should resolve all pending issues with NARD within 21 days in the interest of all concerned.

The NMA released the statement on Sunday after the executive arm of the association held a National Executive Council (NEC), meeting between August 22nd and August. 28th in Benin.

The association said that it would not allow any doctor to be victimized for participating in the strike instituted by NARD.

The statement reads: “The various industrial disputes involving the different affiliates of the association were exhaustively reviewed.

“After due consideration, NEC put the Federal Government on a 21-days notice to fully resolve all the issues contained in the various agreements signed with the affiliate members of the NMA including NARD, MDCAN, and MEDSABAMS.

“The Nigerian Medical Association fully supports all her affiliates in their efforts to improve healthcare delivery in Nigeria and the welfare of her members.

“NEC affirms that no doctor shall be victimized for participating, or not participating in the strike by NARD.

The News Agency of Nigeria (NAN), reports that the NARD commenced a nationwide strike on August 1st after the three months it gave the Federal Government to implement the terms of the MoU it signed with the association in April elapsed.

Since the commencement of the strike, the National Assembly (NASS), has made several attempts to intervene in the matter by holding meetings with the NARD leadership, but these meetings had produced no concrete result.

In an earlier interview NARD Publicity Secretary, Dr. Dotun Oshikoya, accused the FG of being indifferent towards its demands, saying that this action had also frustrated NASS, forcing it to “take off its hands” from the matter.

Oshikoya said that in spite of the association’s discussions with the NASS, nothing tangible had been done to address the issues that triggered the ongoing strike because the executive arm of the government remained unresponsive.

“The executive arm of the government is not doing anything to implement our demands, and the NASS can only be a mediator and make recommendations; they cannot do their work for them,” Oshikoya said.

Acno-work-no-pay order, instituted by the FG for doctors at the federal and state public health institutions is currently being implemented.

This directive implies that doctors yet to return to work will not be paid August salary, even as NARD claimed that the government was owing to its members in some state and federal hospitals' salaries spanning between three months and one year.

Some of the demands made by NARD include immediate salary payment to all house officers and an upward review of the current hazard allowance to 50 percent of consolidated salaries of all health workers.

Other demands are payment of outstanding COVID-19 allowance and payment of death in service insurance for all health workers, who died as a result of COVID-19 infection, or other infectious diseases in the country.

NARD also insists that salary shortfalls of 2014, 2015, and 2016, owed members in state and federal health institutions be paid.

Since the commencement of the strike, healthcare delivery in state and federal public health facilities remain epileptic with only consultants and corps doctors available in most facilities to cater to the health needs of the public.