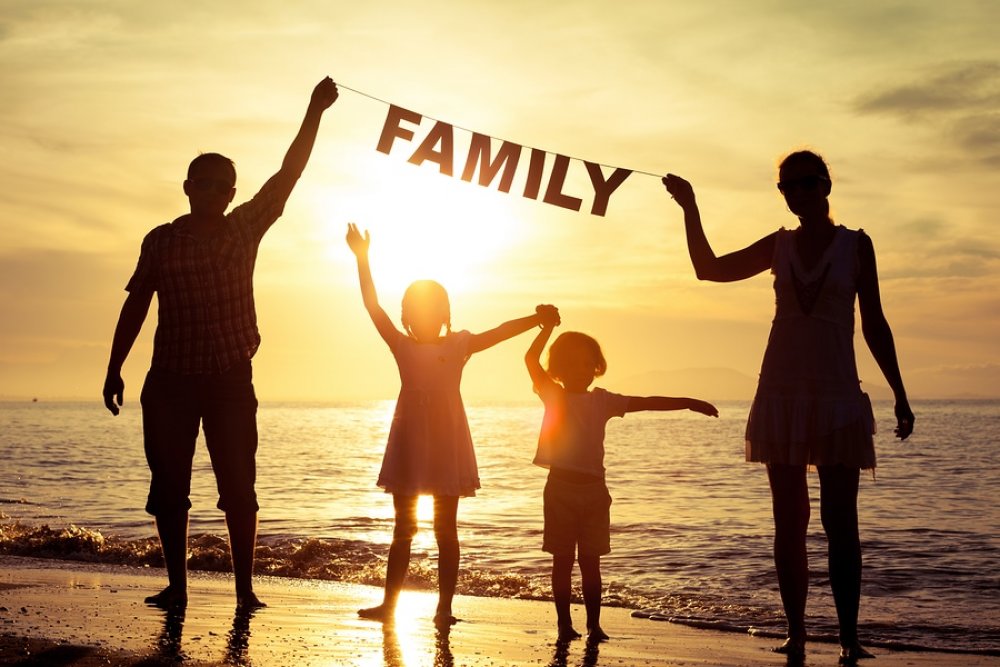 Experts say that the relationship between a parent and the child is not just unique, it lays the foundation for their behavior, personality, traits, and values.

They said close ties was important for families, to have a positive and healthy parent-child relationship for the development of the child.

The family is the bedrock of the nation, and healthy relationship and emotional stability of the children is key to the development of the society.

A vox pop conducted by the NAN in Abuja revealed that some of the challenges faced in Nigeria today affect family ties and is the major cause of the increase in the societal menace we are witnessing today.

They said that children who are not close to their parents find it difficult to communicate and express their feelings.

Miss Nwoyi  Okpotum, an undergraduate, said she found it easy to talk to her mother about everything, adding that her mother knew every single thing about her.

“ I am close to my parents, though my father is late but am used to telling my mother everything about my activities even when a man approaches me,  I always tell her about it.

”This has helped me to stay focused and be of best behavior, even when I make mistakes, she scolds me with love,” she said.

Mr Abubakar Musa, also a student, said he does not have close ties with his mother, that he was always scared of speaking with her.

” I find it difficult to talk to my mother because am always scared of her. I used to be close to my dad before he died,” he said.

Miss Ukah Grace, another student, said she does not have a close relationship with her parents because they do not take things easy and do not allow them to mingle with others.

” I don’t have any relationship with my parents, in fact they do not allow us to mingle with our neighbours because they think we will be influenced by them.

“ It makes my life difficult and I do not have anyone to talk to and this affects my relationship with people,” she said.

Mrs Ruth Samuel, a student, said she was close to her mother but had no relationship with her father.

” I use to tell my mother everything about myself but I do not have any bond with my father.

”This is because he does not carry out his responsibility of taking care of us and this makes me to dislike him,” she said.

“To me, being close to my parents is a no, no, I prefer confiding in my friends because they take whatever i say as joke,” Abimbola Ayomide, a student told NAN.

Ayomide said her mother was not a good listener and her father had anger issues.

She advised parents to listen to their children and take time to know their personalities.

Blessing Okoro, a student, said she was close to her mother but not to her father, adding that her father was a loner and a disciplinarian, who she was scared of.

She added that lack of closeness between parents and their children and wards affect them and make them withdrawn.

She, however, advised parents to make out time for their children.

Mr Lukman Isiaq, a resident of Lugbe in the FCT, said he wasn’t close to his parents while growing up, this he said affected his relationship with them, as he was always scared of talking to them.

” When I was growing up, I was sexually molested by my neighbour but I could not tell my parents because i was scared and they were always busy,” he said.

He advised that parents should be lenient and not too harsh, so that their children would have confidence in them. They should also create time for them.

Mr Godwin Joseph, advised parents to try to create close ties between them and their children, adding that  a lot of children were wrongly influenced because they do not see their parents as their friends.

‘`Some even find it difficult to sit beside their parents because of the fear built up in them,” he said.

Miss Martha Johnson, a student, said she was not close to her mother because she was fond of shouting at her.

“My mother forced me to go to College of Education against my own wish.

“Along the line, I met a man who I use to confide in and I got pregnant for him.

“Even when I started menstruating, I learnt how to use pieces of rags as sanitary towel from neighbours because my mother never got me sanitary pads,” she said.

What do you think about this question? Kindly let us know in the comments section.