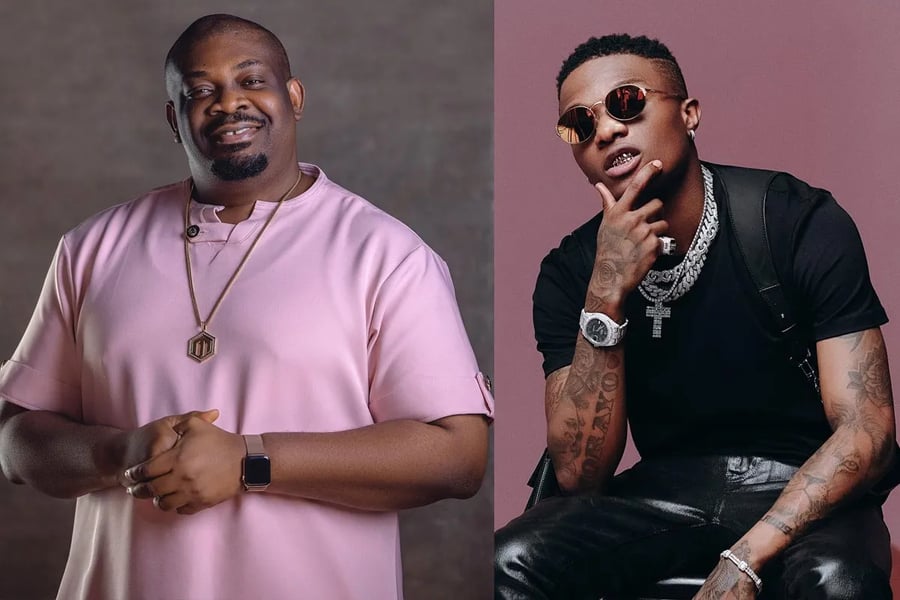 Don Jazzy has given a shout out to Wizkid after his newly released song topped the chart.

The famous music producer is overjoyed as the song in question, 'Overdose', featuring his musical acts from Mavin, currently sits on the top of the chart.

Wizkid had previously asked Don Jazzy to play the new single on his wedding day.

The talented singer made the request after falling in love with the song, which features Rema, Ayra Starr, Magixx, Boy Spyce, and 'So Fine' crooner Charles Chibueze Chukwu a.k.a. Crayon.

The song quickly rose to the top of the charts, and Don Jazzy, who couldn't contain his excitement, thanked him for his massive influence. 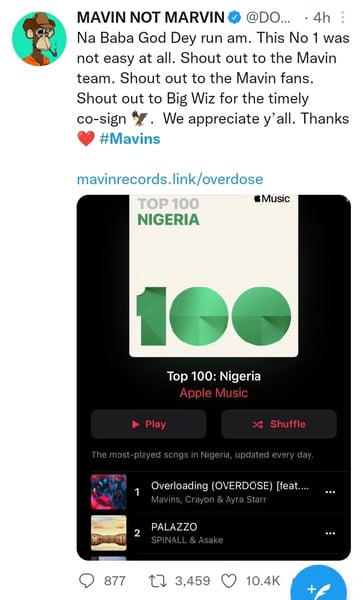