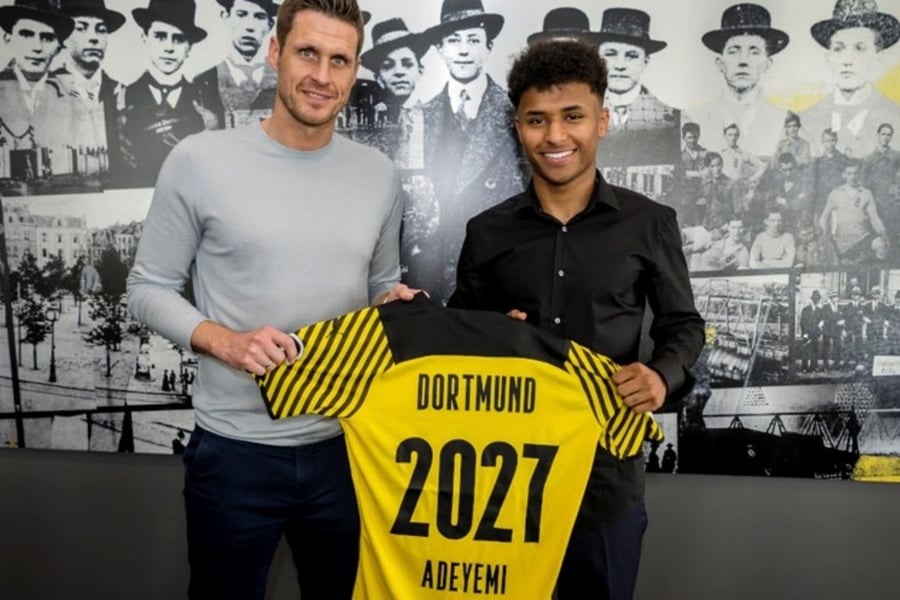 Borussia Dortmund announced on Tuesday they had returned to the Salzburg to poach German forward Karim Adeyemi as a replacement for Manchester City-bound Erling Haaland.

The 20-year-old striker, who has three Germany caps, completed a medical on Tuesday and signed for Dortmund until 2027.

He has won the domestic league and cup double three times with Salzburg and is the top scorer in the Austrian Bundesliga this season with 19 goals in 27 games this season.

"Karim Adeyemi is a highly talented young German international whose strength in finishing will suit our attacking game as will his tremendous pace," Dortmund sporting director Michael Zorc said in a statement on the club website.

Adeyemi was born in Munich and played for Bayern as a child but was thrown out aged nine, reportedly for disciplinary reasons.

He told the Dortmund website that he has always been a fan of the club, known as the black and yellow.

"As a young boy, I was fascinated by black and yellow fast-paced soccer," he said.

"That's why I quickly decided that I would like to join Borussia when I heard about Dortmund's interest. I also deliberately signed for the long term because I'm convinced that we'll be an exciting team."

Adeyemi is the third international signed by Dortmund for next season, along with centre backs Niklas Suele from Bayern and Nico Schlotterbeck from Freiburg. "Although Karim is already very advanced in terms of soccer and athleticism at just 20 years old, we see enormous development potential," said Zorc.