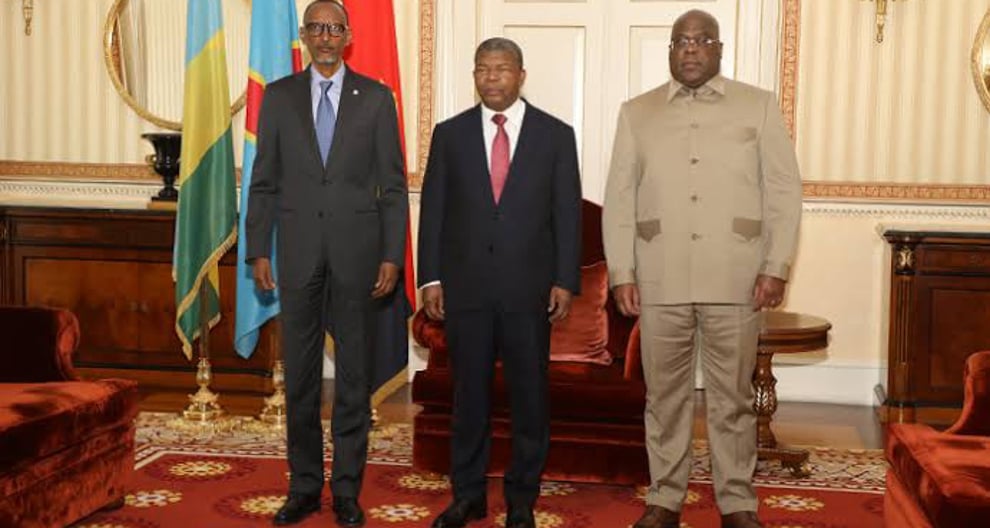 According to an AFP correspondent, Tshisekedi and Biruta were welcomed at a hotel in the nation's capital, Luanda by Angolan President Joao Lourenco, who is serving as a mediator between the two neighbours.

Rwanda's President Paul Kagame was not in attendance and the reason for his absence was not immediately clear.

A joint regional force from the East African Community (EAC) bloc was sent to the volatile eastern DRC to put an end to recent fierce fighting between Congolese troops and the M23 rebel group.

Kenyan troops entered the nation earlier in November, and Uganda announced it would send out 1,000 troops by the end of the month.

Evariste Ndayishimiye, the president of Burundi, serves as the EAC's chair. Former Kenyan leader Uhuru Kenyatta, who serves as the EAC's "facilitator" in efforts to reestablish peace and security in the mineral-rich region, was also present in Luanda.

The fighting has rekindled regional tensions, with the DRC accusing its smaller neighbour Rwanda of supporting the M23—a charge that has also been made in recent months by UN experts and US officials.

Kigali disputes this and accuses Kinshasa of working with the FDLR, a former Rwandan Hutu rebel organization that was founded in the DRC following the 1994 genocide in Rwanda that primarily targeted Tutsis.

The M23, a mostly Congolese Tutsi militia, has taken over large areas of the North Kivu province and is moving closer to the area's largest city, Goma.

In July, DR Congo and Rwanda reached a de-escalation agreement, but fighting broke out again the following day.

Tuesday, Kinshasa declared that until the M23 rebels left the territory they controlled, it would not hold talks with them.

Ten years ago, the M23 first gained notoriety when it overran Goma before being driven out and going to ground.

It reappeared toward the end of last year, alleging, among other things, that the DRC had broken a promise to incorporate its fighters into the army.