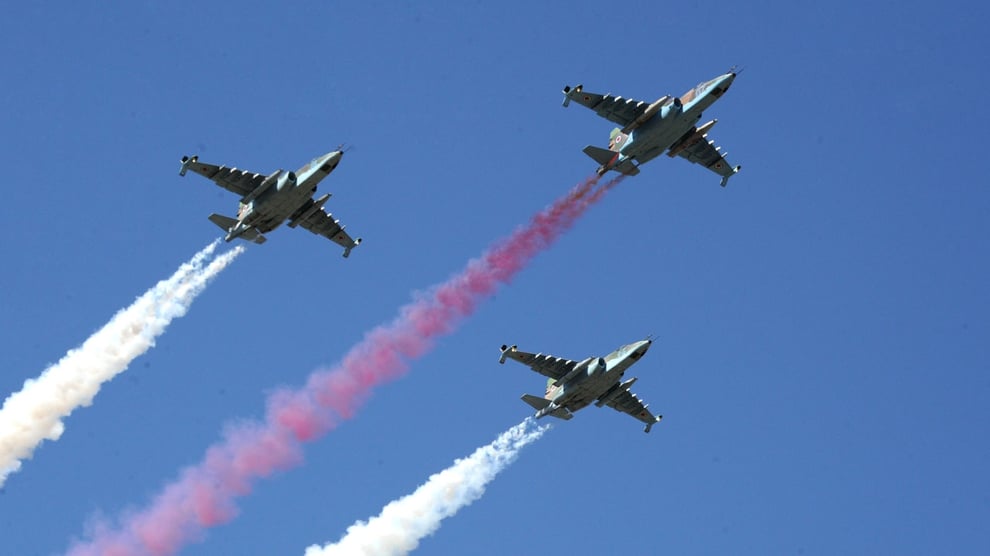 A drone attack has hit a Russian oil refinery near the border with Ukraine.

Officials at the Novoshakhtinsk oil refinery in Russia’s Rostov region on Wednesday said the first drone attacked a crude distillation unit, triggering a blast and ball of fire.

The second attack targeted crude oil reservoirs at the refinery, but caused no fire. No one was reported injured.

The refinery is in southwestern Russia, just 8km from the border with Ukraine.

A statement from the oil plant said; “As a result of terrorist actions from the Western border of the Rostov region, two unmanned aerial vehicles struck at the technological facilities of Novoshakhtinsk.

“Staff have been evacuated and technological equipment has been stopped to assess the damage."

Rostov’s Governor Vasily Golubev said the fragments of two drones had been found at the refinery.

Wednesday’s alleged attack on the refinery follows a series of explosions and fires in western Russia amid Russia's war in Ukraine.