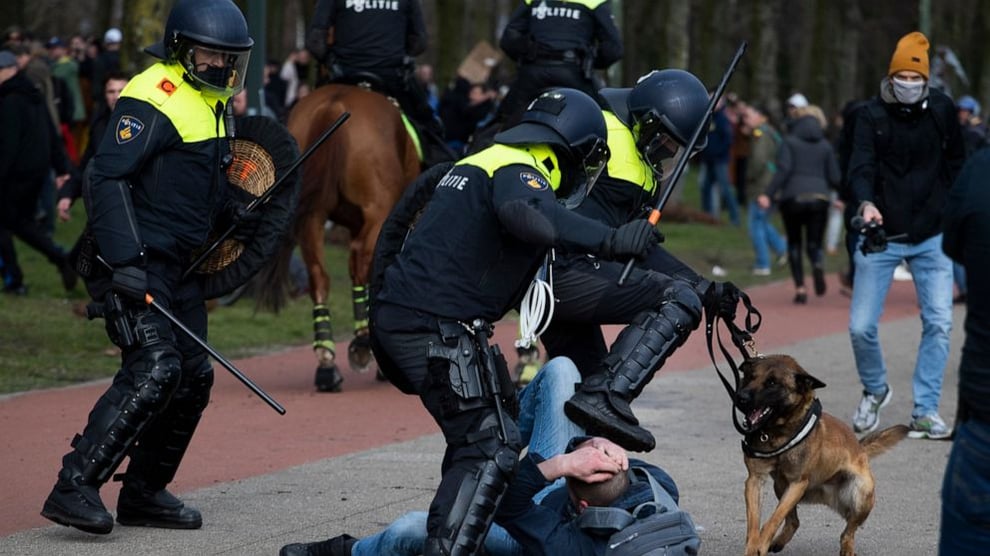 At least seven people have been injured as Dutch Police opened fire on protesters in the Rotterdam protests against recently introduced COVID-19 restrictions.

The government plans to restrict access for unvaccinated people.

In the early hours of Saturday, Ahmed Aboutaleb, the Dutch city’s Mayor spoke on how the protesters ran rampage, throwing rocks and fireworks at officers. He declared “The police shot at protesters, as people were injured.” And a number of police officers also were injured as officers arrested dozens of people. Photos from the scene showed at least one police car in flames. The Dutch media claimed the police used water cannon to try to disperse the crowd.

With this step, the Netherlands is trying to control a new wave of the coronavirus, as more than 21,000 new cases were reported on Friday. The government imposed a new restriction, which affects restaurants and shops, with the rule expected to remain in force for at least three weeks.

The violence was one of the worst outbreaks in the Netherlands since coronavirus restrictions were first imposed last year. It was claimed that in January, rioters also attacked police and set fires on the streets.