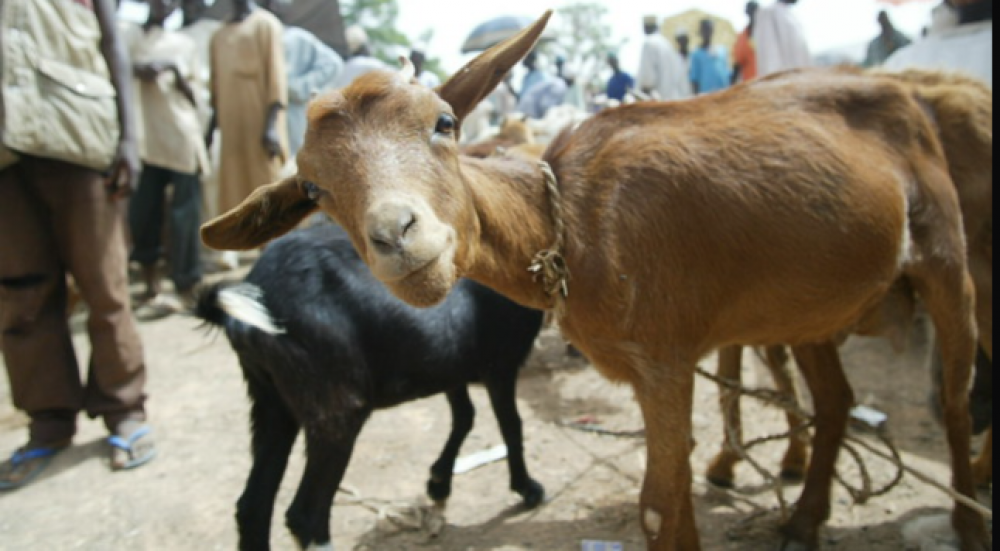 Goat in a market in Nigeria. | photo credit: ILRI/Mann

An Abakaliki Magistrates’ Court Monday ordered the remand of three persons at the Correctional Centre for allegedly stealing goats.

The defendants, Monday Effia, Aged 42, Amaechi Ofoke, aged 35, and Uchenna Omaka, aged 36, were arraigned by the Ebonyi Command of the Nigeria Security and Civil Defence Corps.

They are facing a two-count of conspiracy and stealing of two goats valued at N30,000 on July 10 at Ndiebor, Ishagu Sharon, Izzi Local Government Area of Ebonyi.

Also, Effia and Ofoke were charged with conspiracy and stealing of a cellphone, a goat and N60,200 cash in the same area on May 31.

The offence is punishable under Section 390 of the Criminal Code Cap 38 Volume 1, laws of the Federation of Nigeria.

The Chief Magistrate, Ngozika Ngele, after taking their no guilty pleas, ordered that they be remanded at the Abakaliki correctional centre.

Ngele later adjourned the matter to August 16 for hearing.

Police Nab Alleged Financier Of IPOB/ESN, 25 Others In Imo [PHOTO]