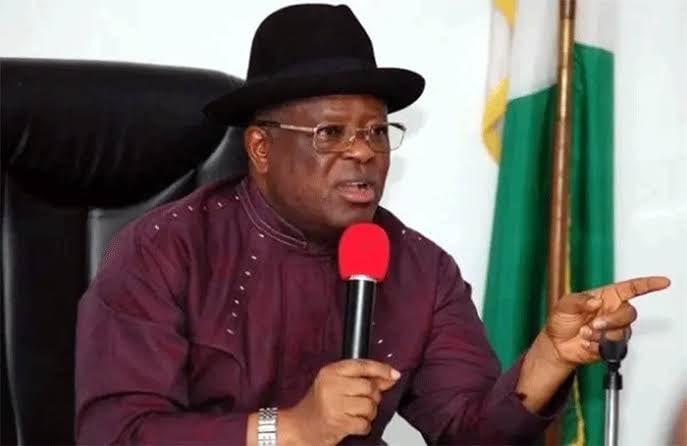 David Umahi, the Ebonyi State Governor has suspended salaries of civil servants from the Effium Community over the crisis going on in the area, where five construction workers were killed.

The Governor announced the suspension of salaries during a security summit in Abakaliki.

He claimed that although the perpetrators of the killings of abductions were funded from outside the state, some stakeholders of the area also funded the violence going on in the area.

In his statement, he claimed the government could no longer afford to pay the salaries, as he said, it was being used to sponsor killings and destruction of property in the area.

The Governor, David Umahi also announced the removal of two coordinators of two development centres in the area.