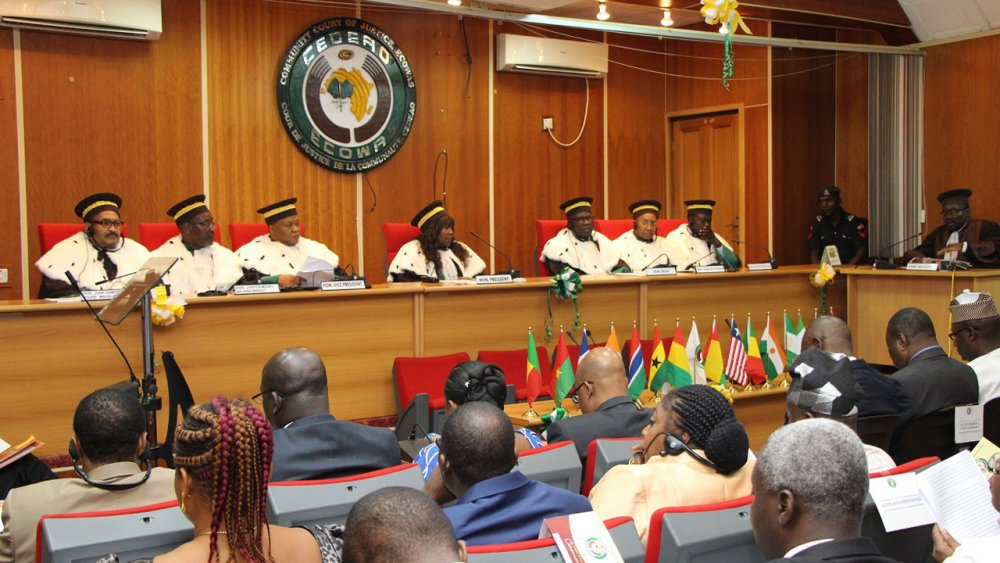 The ECOWAS Court of Justice has ordered the Government of Cote d’Ivoire to immediately release its citizen, Kodjo Claude, who has been in pre-trial detention since June 2018.

The court handed down the judgment after finding the government guilty of a violation of his rights to liberty and presumption of innocence until proven guilty by a court of competent jurisdiction.

Delivering the judgment, Judge Rapporteur, Justice Dupe Atoki, said that detaining Claude beyond 18 months was in violation of its obligations under the African Charter on Human and Peoples’ Rights.

She explained that the act, which was allowed by Article 166 (2) and 3 of the country’s Criminal Code Procedure which was the basis for his detention, makes the Republic of Cote d’Ivoire guilty of a violation of the African Charter.

The court also awarded the payment of 14 million CFA francs in favor of Claude as moral damages for the arbitrary deprivation of his liberty, ordering the government to submit to the court within a month, measures taken to implement the orders of the court.

In awarding the damage, the court said it was mindful of the fact that the applicant did not give details of the damage he claimed and have not provided evidence of his profession and earnings.

According to her, one of the fundamental principles of the right to a fair hearing is the right to be presumed innocent until proven guilty.

She said that Article 7 (1) (b) of the African Charter relates to this right and provides that; “Every individual shall have the right to have his cause heard”.

This she said includes; “the right to be presumed innocent until proven guilty by a competent court or tribunal.”

READ ALSO ECOWAS Calls For Peace So Nigeria Can Maintain Image As 'Bastion Of Law, Order'

The court held that in a criminal matter, in so far as a competent court had not pronounced on the guilt of a suspect, a presumption of innocence was attributed to that individual.

The court also noted that the public prosecutor had the burden of proving the guilt of the accused in order for the accused to be convicted of the crime he was charged with.

It added that the prosecution must in all cases, prove that the accused is guilty, a principle which remains so sacred to the right of the accused that if reasonable doubt remains, the accused must be acquitted.

The court also urged the government to review Article 605 of its Criminal Code Procedure which it relied on for the continued detention of Claude despite the order of the Investigating Chamber of the Court of Appeal for his release.

Atoki reaffirmed in the judgment that ECOWAS Court lacked jurisdiction to examine the laws of the Member States and does not act as an appellate Court regarding decisions of Member states.

She, however, noted that where human rights violations were raised in the laws or judgment of a court of a Member State, it would exercise jurisdiction over the same.

In the initiating application in suit ECW/CCJ/APP/01/21 filed by Souleymane Diallo, Counsel to Claude, the applicant alleged that the Ivoirian government violated his rights.

This, he explained, was done by keeping him in preventive detention beyond the accumulative legal limit of 18 months as specified in Articles 166, paragraphs 2 and 3 of the Ivoirian Criminal Code Procedure.

Diallo stated that the Ivoirian government failed to implement decision no. 64/20 of January 29, 2020, of its Court of Appeal that ordered Claude’s statutory release under the supervision of the prosecutor general.

Among the reliefs sought, was an order for his immediate release and payment of one billion CFA francs as compensation for the prejudice suffered.

The Government of Cote d’Ivoire represented by Cyprien Essis denied that the right to liberty of the applicant was violated on the ground that the detention was done in accordance with Article 605 of the Criminal Code Procedure.

Essis noted that the above section allowed for the suspension of the time limit for detention as provided in Article 166.

He submitted that Claude was kept in preventive detention following his arrest for complicity in a fraudulent crime and that though the appeal court granted his release, there was another appeal pending at the Court of Cassation.

Other members of the panel Justices Gberi-Be Ouattara (presiding), and Januaria Costa (member).