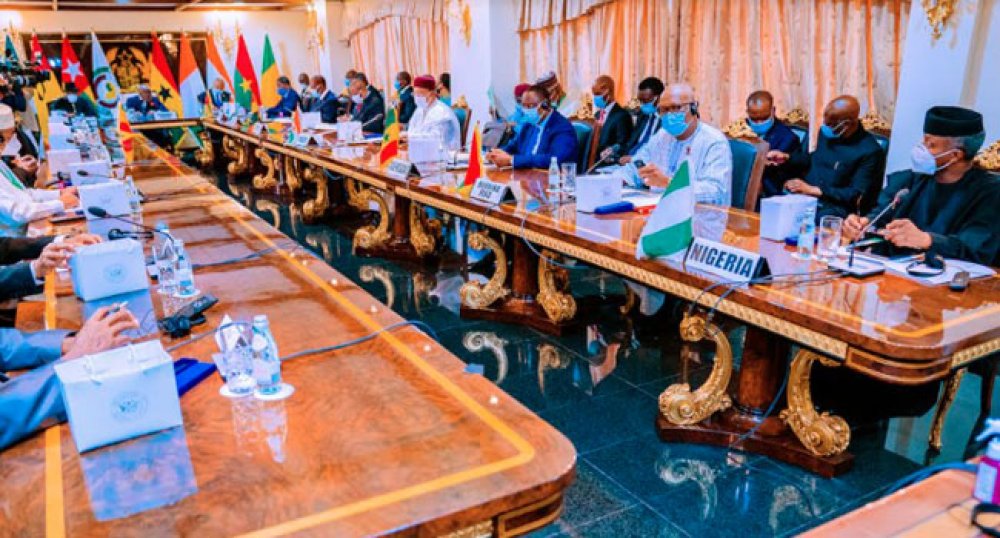 Heads of State of the Economic Community of West African States (ECOWAS) have jointly rejected the move to change the political face of the Malian Government with the use of force.

This was disclosed by the Vice President Yemi Osinbajo who represented President Muhammadu Buhari at the summit on Tuesday.

He said that the Heads of State had aggreed that the country should install a transitional government that would rule for a period of 18 months and must be helmed by a civilian, as the country eases into a democratic rule.

The Heads of State also said that they were hopeful that Mali would begin the process of installing a new civilian-led government "in days" after conferring with the military junta who took power in August.

Speaking to reporters after the summit, Ghana's President, Nana Akufo-Addo, said, “We need a civilian leadership of the transition.

“The minute that leadership is put in place through the processes they themselves have agreed upon in Mali, the sanctions that have been placed against Mali will be lifted by ECOWAS.

“I’m hoping that by the time he gets there these things would have been completed.

“We’re talking hopefully in days not in weeks.”