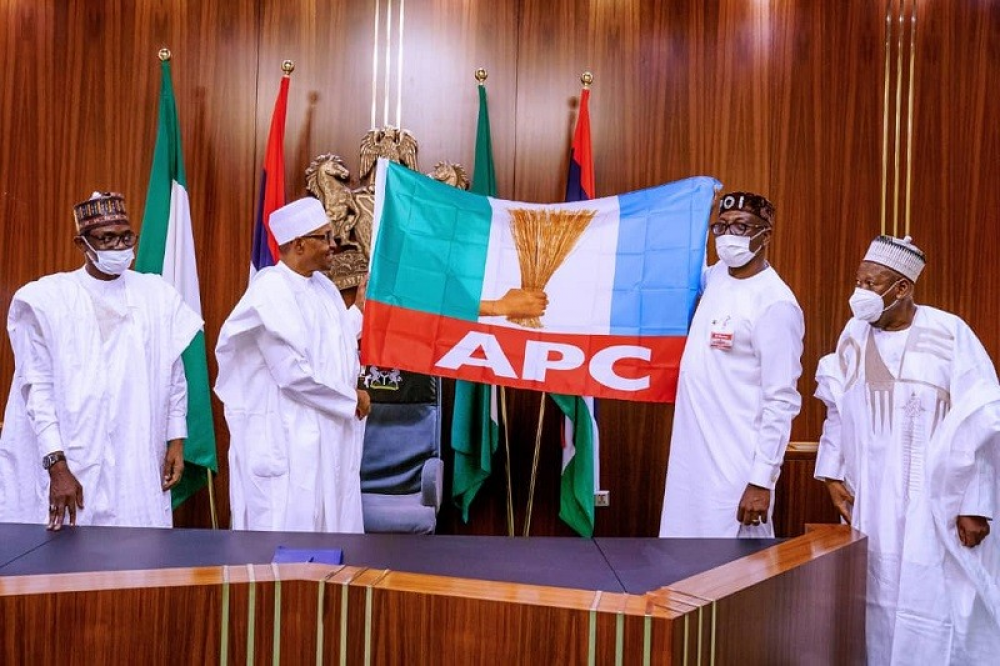 Ahead of the Governorship election in Edo state, President Muhammadu Buhari, Friday, met with the All Progressives Congress' (APC) candidate, Osagie Ize-Iyamu, at the Presidential Villa in Abuja.

The meeting is coming after Thursday's drama that ensued at the Edo State House of Assembly and the alleged impeachment of the Speaker, Frank Okiye, by lawmakers loyal to APC.

Allnews recalls that Rivers State Governor Nyesom Wike faulted Buhari's support for Ize-Iyamu, who according to him was still being grilled by the Economic and Financial Crimes Commission (EFCC).

Speaking after the meeting, the chairman of the caretaker committee of the APC, Buni, said that President Buhari had officially endorsed Ize-Iyamu as the party's candidate at the forthcoming election.

According to Buni, the President presented the party’s flag to Ize-Iyamu during a meeting they had with him at the Presidential Villa, Abuja.

Edo Decides 2020: People Of South-South State Should Be Allo...