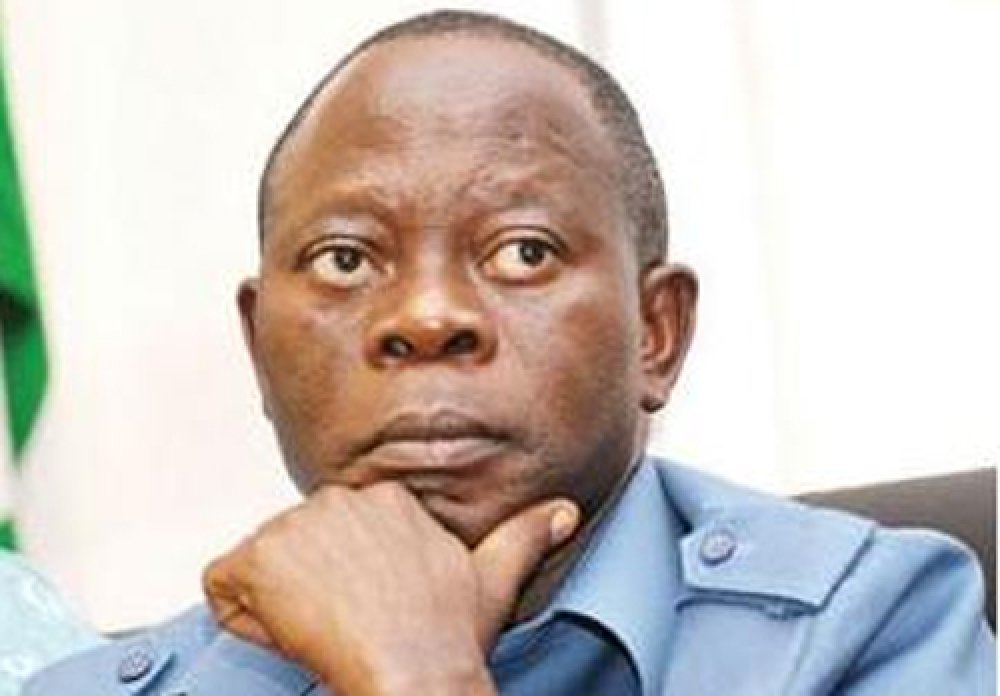 The Chairman of the All Progressives Congress (APC) in Edo state, Anslem Ojezua, has blamed the party's former National Chairman, Adams Oshiomhole, for its loss at the Edo state governorship election that took place on September 19, 2020.

Blaming Oshiomhole in a congratulatory message to Governor Godwin Obaseki, the winner of the election on Tuesday, Ojezua said the arrogant and irresponsible leadership of the former national chairman was responsible for the party's loss.

Ojezua further pointed out the need for the party to quickly salvage the reputation of the party in the state.

“We join President Muhammadu Buhari and the National Caretaker Committee of our great Party to congratulate Governor Godwin Obaseki and his Deputy Rt. Hon. Philip Shalbu for their victory at the just concluded Governorship election in Edo state.

“The election has been generally acclaimed to be peaceful, orderly and transparent. The people of Edo State have made their choice In a very clear and unambiguous manner.

“Our loss at the poll stems from the needles and avoidable crisis foisted on the party by a selfish, insensitive, arrogant and irresponsible leadership.

“While we begin to take steps to try and salvage the well being of our party in the state, we call on the governor to be magnanimous in victory while we urge all those who contested to sheathe their swords and put the elections behind us.

“We must all and close ranks with the government in order to ensure a seamless transition to the final lap of governance in the State without being subjected to any further needless distraction and rancour.

“The establishment of a robust infrastructural base to guarantee economic growth at this critical time must be the paramount consideration and in the best interest of the good people of Edo State,” the chairman said.

It will be recalled that the governor was disqualified from contesting in the APC primary election after a disagreement with  Oshiomhole.

Following his disqualification, Obaseki moved to the Peoples Democratic Party (PDP) where he got the party's governorship ticket and won the election.