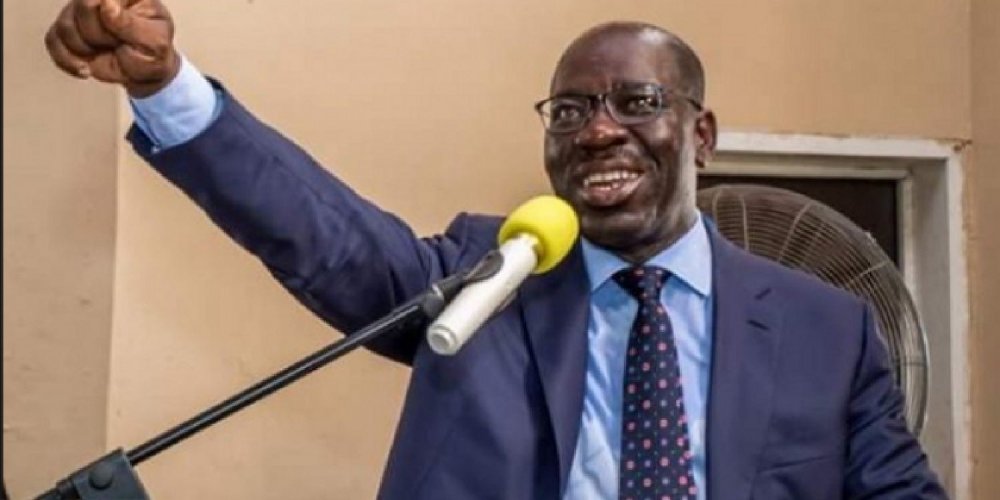 Responding to a suit through Adetunji Oyeyipo, the party's counsel, PDP said that the governor mistakenly wrote1976 as his year of graduation from the University of Ibadan.

According to the party, there was a misstatement in mixing up Obaseki's year of admission to his year of graduation.

“There was a misstatement in mixing up the year of graduation with the year of admission.

“While filling the forms for the election in 2016, Obaseki inadvertently and mistakenly wrote 1976 in a portion of the form for the year of the graduation which was the year of his admission into the University of Ibadan.

“At the time Obaseki was completing his form CF001 in 2016, he deposed to an affidavit stating that he had misplaced the originals of all of his certificates while changing offices with the intention to apply for a re-issuance if his certificates.

“Subsequently, before Obaseki submitted his Form EC9 in 2020, the original certificate issued by University of Ibadan was eventually found which has the signatures of the Vice-Chancellor and Registrar of the University.

“The original certificate was issued in A5 size; however, in order for the photocopy of the certificate to be attached to the form CF001, the size was reduced to A4 and in the process, leaving out some information on the certificate.

“The tribunal lacks the jurisdiction to entertain the petition for reason that same is statute-barred because the issues raised by the petitioner, according to the PDP are averments which are not relevant for the purpose of determining the petition at the Election Petition Tribunal, as the said averments relate to facts concerning the previous election conducted in 2016 and that since the election under dispute is that of September 2020 and as such should be dismissed,” Oyeyipo said.

It will be recalled that the Action Democratic Party (ADP), one of the political parties that participated in the September 19 governorship election in Edo State, approached the election tribunal in Edo state to seek the nullification of the election of Obaseki on the ground that he submitted false information to the Independent Electoral Commission (INEC) to run for office.

According to ADP, the certificate submitted by Obaseki for the 2020 election contradicted the one he submitted while he was first elected as governor in 2016.