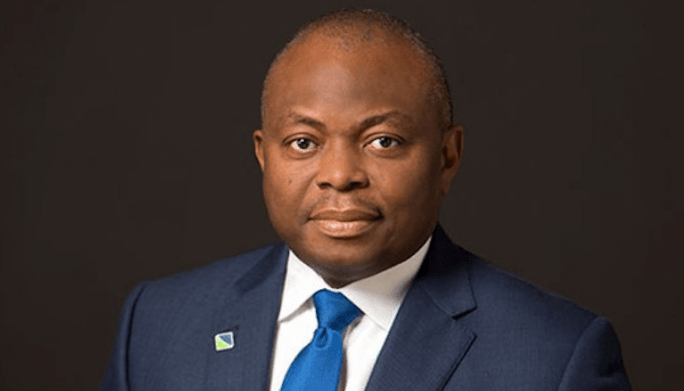 The Group Managing Director (GMD) of First Bank of Nigeria Holdings, Nnamdi Okonkwo, has been arrested by operatives of the Economic and Financial Crimes Commission (EFCC).

Details of the report are still sketchy as of the time of this report but it was gathered that the former MD of Fidelity Bank Plc was detained by the anti-graft agency.

It was learned that Okonkwo’s questioning is not unconnected with his alleged role in the transfer of $153 million linked with Nigeria’s former petroleum minister, Diezani Alison-Madueke, from the Nigerian National Petroleum Commission (NNPC).

Recall that the EFCC had accused Diezani of taking $153 million out of the NNPC and stashing them in three banks.

Back in 2017, the EFCC had accused Okonkwo of helping the former minister of taking the money and keeping $40 million with the former Executive Director, Public Sector Accountant, First Bank Plc, Dauda Lawal.

Okonkwo had recently taken over from U.K. Eke as the group managing director of First Bank of Nigeria Holdings.

First Bank had in a statement released to newsmen said that the former Fidelity Bank MD would resume his duty from January 1, 2022, following the retirement of  Eke which will take effect on December 31, 2021.

According to the statement, Okonkwo’s 30 years of banking career spanning local and international experience would be of great value to the board.

His appointment is subject to the approval of regulatory authorities, according to the statement.