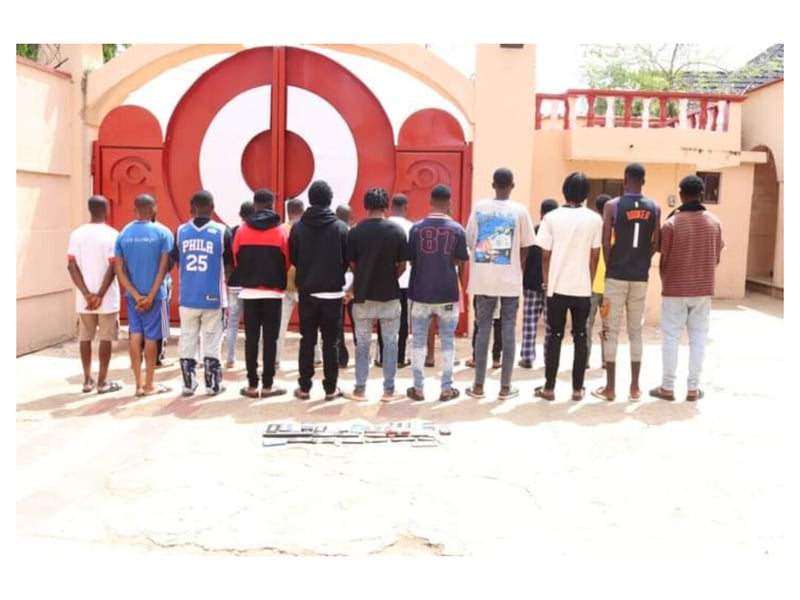 The Economic and Financial Crimes Commission (EFCC) has arrested a corp member and 18 others involved in internet fraud popularly known as 'yahoo-yahoo'.

The suspected fraudsters were arrested in Lokoja, the Kogi state capital by operatives of the Ilorin Zonal command of the EFCC.

According to a statement by the EFCC made available on its official Facebook page, the suspects were arrested following an intelligence report over the weekend.

The 19 suspects include one Adamu Shuaibu, a serving corp member.

Items recovered upon their arrest include a huge sum of money suspected to be proceeds from their illicit activities and a Lexus car.

Other items recovered include different brands of phones, laptops, and other incriminating materials.

The statement further revealed that the suspects will be taken to court to face trial upon completion of the investigation by the commission.