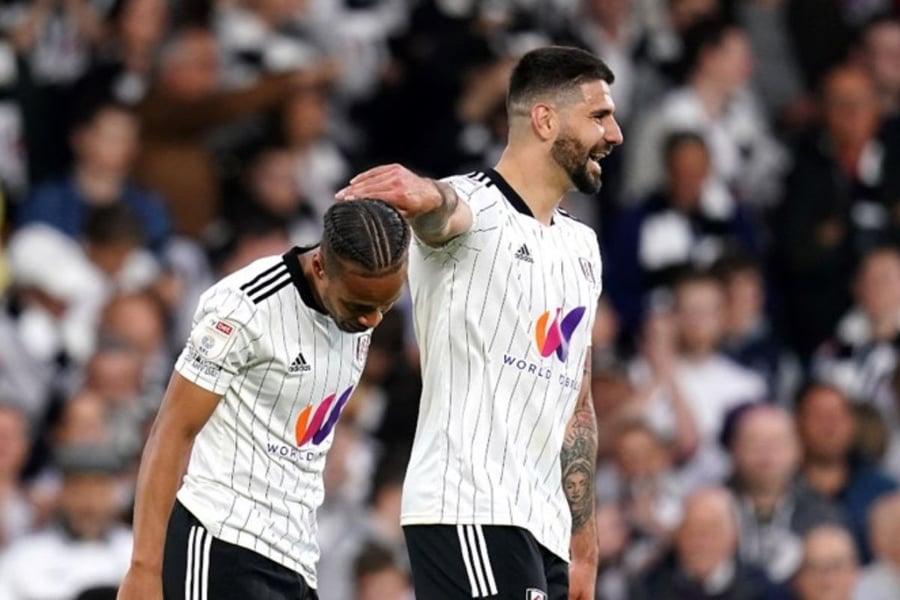 Serbia striker Aleksandar Mitrovic took his Championship tally to 43 goals this season in a title-clinching 7-0 thrashing of Luton Town on Monday.

Mitrovic, 27, managed just three goals as London club Fulham were relegated from the Premier League last term but Silva said: "He will be more confident next season – we need to be that as a club as well."

The 44-year-old Portuguese boss added: "All of us have to improve every single year. We cannot judge him just by the goals he scores next season – we have to analyse many other things from him.

"We have to prepare ourselves. It's not really different from this season. The challenge will be tougher, but it was tough this season."

Fulham were already assured of the promotion before their final home game of this season got underway.

And they gave fans at Craven Cottage, even more, to celebrate against the outclassed Hatters.

Fulham captain Tom Cairney opened the scoring with a powerful strike in the 29th minute before Kenny Tete doubled the lead from long range 10 minutes later.

Any hopes promotion-chasing Luton had of making a comeback then evaporated during a cascade of Fulham goals in the second half.

Fabio Carvalho made it 3-0 before Mitrovic scored his 42nd league goal of the campaign to equal Portsmouth hero Guy Whittingham's record of most goals in a second-tier campaign, set in the 1992/93 season.

Bobby Decordova-Reid and Jean-Michael Seri fired Fulham further ahead before Mitrovic tapped in his second goal of the game.

Luton's heaviest defeat of the season dropped them down to the sixth position, the last of the play-off places – the top two are guaranteed automatic promotion with the other Premier League place decided by play-offs involving the teams finishing third to sixth.

Victory at home to Reading in their final game of the regular season on Saturday will see Luton into the play-offs but anything less and they could be overhauled by Middlesbrough.

"But they (Fulham) are the best team in the division and congratulations to them.

"We've got nine first-team injuries...What we have to do is make sure we dust ourselves off, and we're ready to go at the weekend.

"Let's look forward to that, rather than dwell on a performance that was poor."