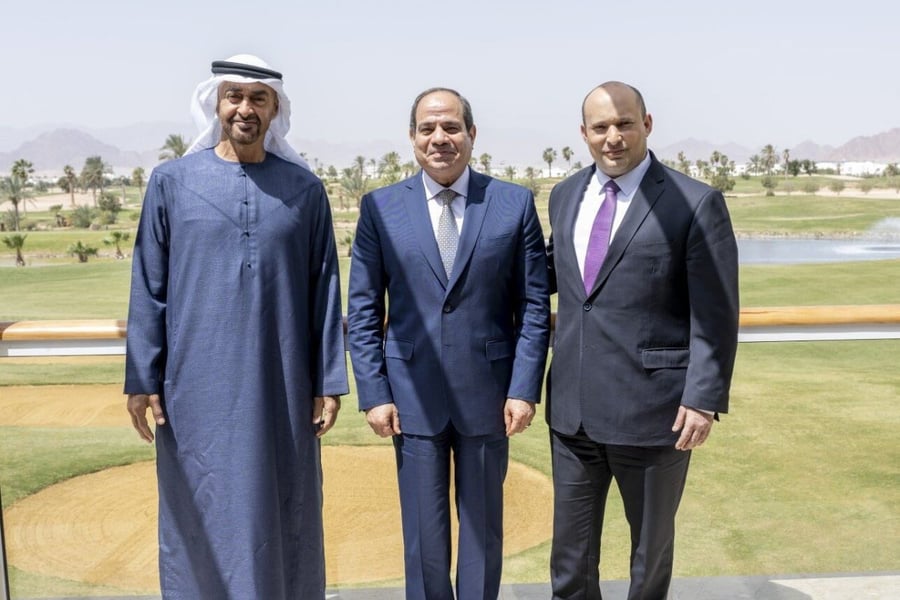 The countries of Egypt, Israel, and United Arab Emirates met for a summit in Egypt discussing ties of development within the countries.

In a statement issued by Bennett's office, it's said that; "The leaders discussed the ties between the three countries in the context of recent developments in the world and the region, and the ways to strengthen them on all levels."

Israel's Haaretz newspaper said Bennett will seek to persuade the UAE and Saudi Arabia to increase their oil production to reduce the world's dependence on Russian and Iranian oil.

Israel is also set to help Egypt find alternative sources of wheat supply, as about 85 percent of its wheat is sourced from Russia and Ukraine.