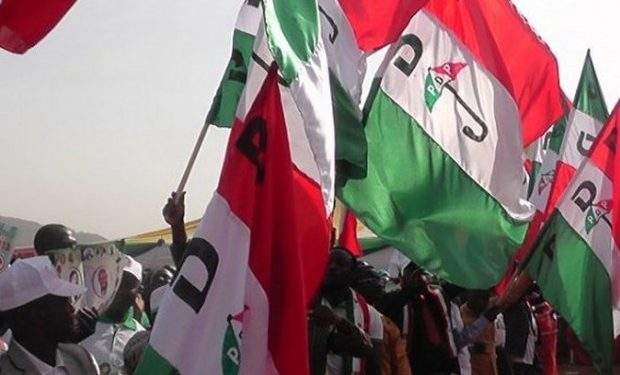 Some members of the Peoples Democratic Party (PDP) on Wednesday clashed over the delegates list in Ekiti State.

According to reports, the PDP chieftains clashed over the doctored lists for the 2022 Ekiti State Governorship primaries.

The PDP governorship primary election was held in Ekiti State, with statutory and automatic delegates.

HAPPENING NOW: Drama as some PDP chieftains are protesting that the delegate list for the 2022 Ekiti state PDP Governorship primaries has been doctored.#AITNEWS pic.twitter.com/BFj8jNCn0s

According to the Director of Media and Publicity of the Bisi Kolawole Campaign Organisation, Lere Olayinka the hoodlums were arrested at about 3 am.

The armed thugs were reportedly heading for Ekiti, to disrupt the Peoples Democratic Party (PDP) Primaries that took place today.

The hoodlums were caught with guns, machetes, charms, and others.