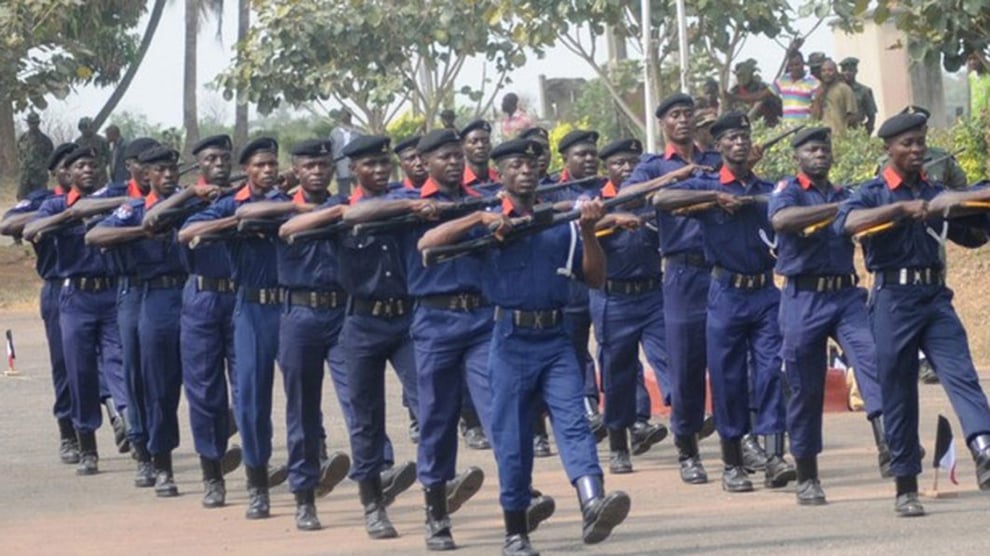 The Nigeria Security and Civil Defence Corps (NSCDC) has deployed 9,747 personnel to Ekiti State ahead of the state governorship election coming up on Saturday.

Disclosing this in Abuja on Wednesday via a statement, the Director, Public Relations of the NSCDC, Olusola Odumosu said the Commandant General of the Corps, Dr Ahmed Abubakar gave the approval.

Abubakar charged the personnel to be professional in the discharge of their duties.

He further cautioned them against mixing their duties with partisan politics.

He noted that the officers must work within the Standard Operating Procedure (SOP) of the NSCDC.

The commandant further assured that the corps has provided necessary security for all INEC officials, sensitive and non-sensitive materials for the period of the election.

The statement further read that other personnel from Lagos, Oyo, Osun, Ogun, Edo, Kogi and Ondo states will provide support for the Ekiti State command alongside the national headquarters.

“Assistant Commandant General (ACG) Special Duties, Haruna Lawal Muhammed, fdc, has been deployed to head and coordinate the election operations in the state, to be assisted by the Zonal Commander (Zone J) and other Senior Officers in the zone."

The election has been scheduled for Saturday, June 18, 2022.