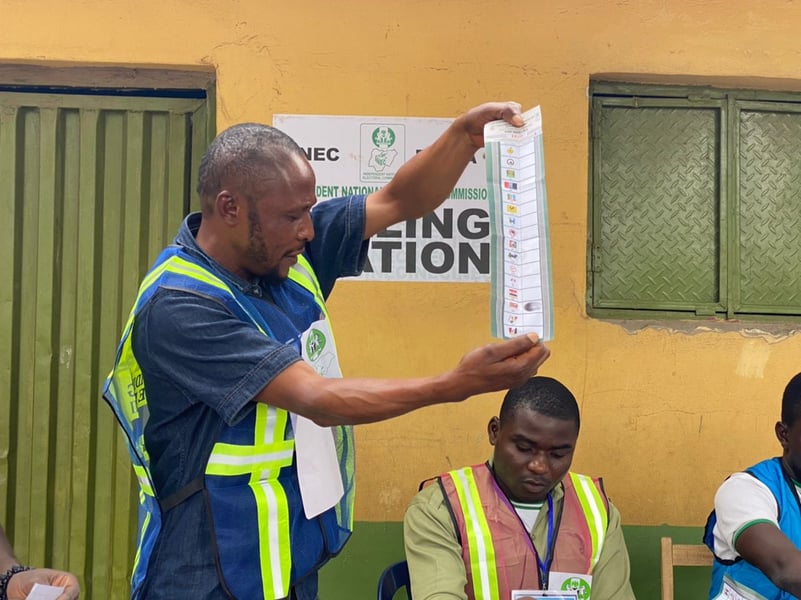 YIAGA Africa, an election monitoring group has released its midday report on the Ekiti gubernatorial election.

In the report obtained by AllNews Nigeria, YIAGA Africa states that there was marked improvements in logistics management and personnel and election materials were deployed early to the polling units.

It however lamented the late commencement of polling in some poling units due to late arrival of polling officials.

It also noted that they were critical incidents which included voter imducements, polling units not opened, secrecy of the ballot compromised, voters names not found on BVAS, ballot box snatching.

YIAGA Africa however recommended that the Independent National Electoral Commission (INEC), security agencies and the Economic and Financial Crimes Commission (EFCC) should be up and doing along the lines of its constitutionally empowered limits.

YIAGA Africa while commending Ekiti electorates for their peaceful conduct during the election als urged them to remain patient as it will update them as the voting comes to an end and the collation of reukts commenced.