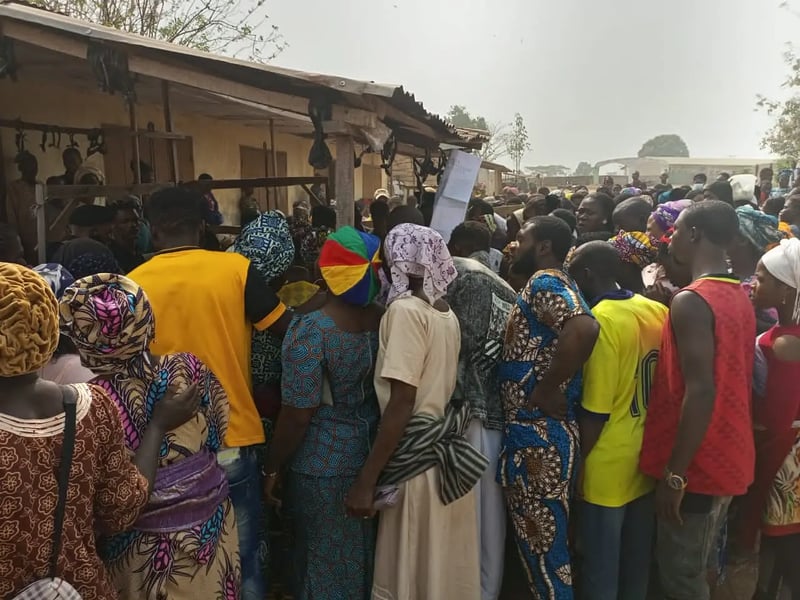 A recent report has revealed that despite the Ekiti gubernatorial election which will be held on Saturday, June 18, 2022, being the first state-wide election conducted after the passage of the Electoral Act, 2022, the political significance of the election goes beyond the operationalisation of the new electoral act.

YIAGA Africa in its report has also noted that other political and socioeconomic factors will influence the conduct of the election.

In the report, the election watchdog states, "First, the Ekiti election often serves as a testing ground for assessing the Independent National Electoral Commission's (INEC) preparedness for the general election.

"Secondly, both the All Progressives Congress (APC) and the Peoples Democratic Party (PDP) will be going into the election with a new party leadership after the successful conduct of their party conventions.

"Thirdly, the Ekiti election activities are being implemented alongside activities of the general election."

YIAGA explained that increasing levels of insecurity, poverty, and inflation are two factors that may likely impact the conduct of the elections and present important dynamics to consider in the planning for the elections.

YIAGA Africa revealed that after various observations, it was able to come up with findings based on electoral preparations.

It revealed that preparations by INEC in all the 16 local government areas of Ekiti State, voter education by INEC, the National Orientation Agency (NOA), and Civil Societies Organisations (CSOs) which is necessary to ensure that all constituents understand their rights and the political system, are being asked to decide and how to engage in the process.

YIAGA Africa explained that it observed that voter education also is targeting specific buyer information campaigns at women, youth and persons with disability.

Attacks on political party campaign trails were also brought to the fore.

As part of its understudy of the implementation of the Electoral Act, 2022 in the Ekiti gubernatorial election, YIAGA Africa recommends that success at the polls should involve the cooperation and active support of the Independent National Electoral Commission (INEC), National Orientation Agency (NOA), security agencies; Nigerian Police, Directorate of State Security, the Nigerian Army, and other paramilitary agencies, political parties, media, and other stakeholders.

It urged all the various organisations, agencies, and stakeholders to sustain useful engagements across the state and invest more in partnership with sensitisation and enlightenment.

It also held that stakeholders like the civil societies organisations and other development partners expand the frontiers of their electoral education to education on the new electoral act and the opportunities for a credible election.

"In conclusion, the success of the election also depends on the commitment of the people to effectively participate in the process. YIAGA Africa calls on the citizens of the state to prepare to vote on election day, safeguard their PVCs and report incidents of violence and perpetrators of violence to the security agencies.

"The election remains the process that empowers the people to hold their elected officials accountable and make demands on the system through their vote.

"The conduct of credible free and fair elections remains non-negotiable in Nigeria's democracy", the report reads.

16 gubernatorial candidates have also been registered by INEC, out of which 14 are males and the remaining two are females.