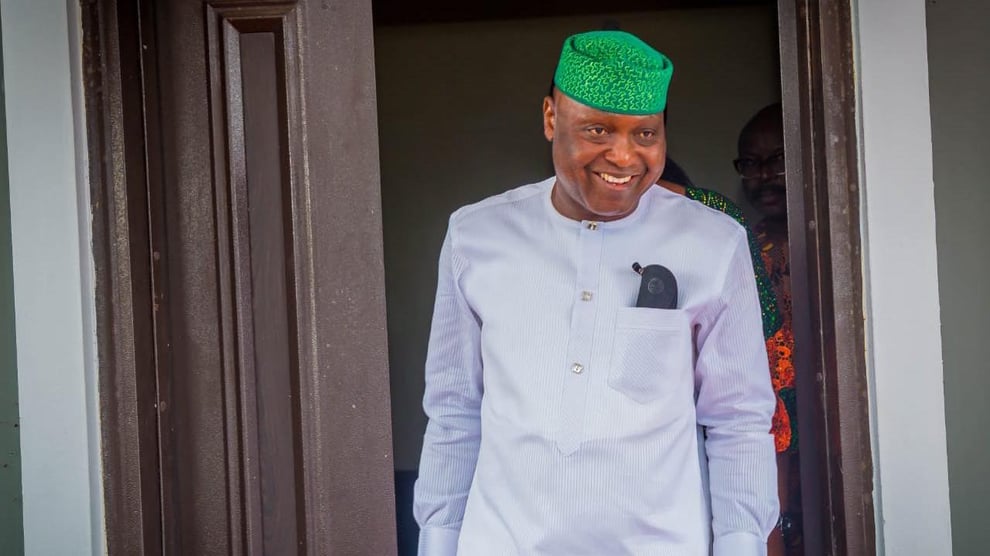 The Tinubu Support Organisation (TSO) has congratulated Biodun Oyebanji and Monisade Christiana Afuye in their victory at the Ekiti gubernatorial election.

Oyebanji was early on Sunday declared the winner and governor-elect of Ekiti State having defeated Segun Oni of the Social Democratic Party (SDP) and Bisi Komolafe of the Peoples Democratic Party (PDP) in Saturday's election.

In a statement signed by Owoeye Daniel Oluwatosin, Director, Ekiti State TSO Youth and Student Forum the group added that the victory was a well deserved and overlong success.

"You must be highly content with this post as you have undoubtedly worked very hard to achieve this position.

"Your commitment and dedication has helped you attain this post. You will be able to put many things back on track now which have long gone haywire.

"I am sure that now as you have been elected every issues with state owned institutions in the State will totally be resolved and also unfinished works started by the previous governor of the state HIS EXCELLENCY DR KAYODE FAYEMI.

"With you been elected Sir, I believe every bursaries payment meant for the indigenous Youth and student of the states been withheld for a while should be looked into and been paid..

"Like wise the security of every citizens in the state is our outmost priority, I hope that's been look into also.

"Means of transportations within the state should be looked into sir.

"To add to the above, we would also appreciate if the issue of electricity supply in the state is been looked into most especially in student residential areas sir.

"You are the perfect candidate for this post. All your hard work has been paid off.

"The zeal to do something for the students and for the young masses of the state has made your winning the elections more realistic.

"I hope you easily fulfill all your promises and shine brightly in the future.

"Wishing you all the best in your noble future endeavours," the statement concluded.