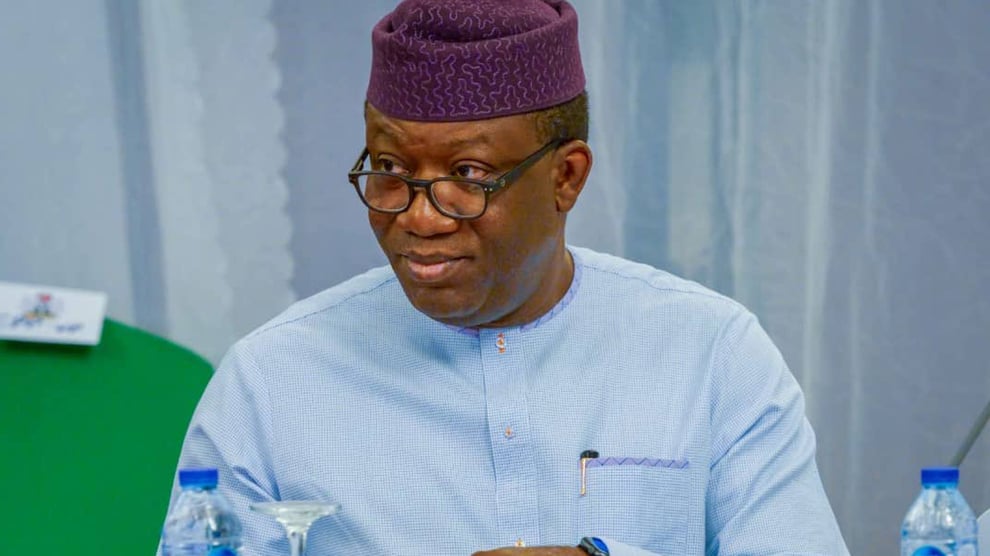 The Ekiti State chapter of the Peoples Democratic Party, (PDP) has derided the State Governor, Kayode Fayemi over his promise to end insurgency and banditry in  the country.

The party described the governor's promise as an empty boast that signifies nothing.

The Ekiti State Publicity Secretary of the PDP,  Raphael Adeyanju in a  statement in Ado Ekiti on Wednesday said, "It seems the governor does not know the meaning of  the common wise saying that charity begins at home ."

Governor  Fayemi who is a presidential aspirant of the All Progressives Congress (APC), had during his interaction with delegates in Yobe and Borno States, separately boasted that he has the template to restore security , end  insurgency  and banditry not only in the North East, but in the entire Northeast.

The opposition party wondered, "How does  Fayemi  hope to secure any part of the country, when he had failed woefully  to secure Ekiti State, especially his home town which, has been turned to the headquarters of bandits and kidnappers in Nigeria?

"When Ekiti State residents can no longer sleep with their eyes closed.

"When most of the roads have been taken over by bandits, who are kidnapping people at wil "

The PDP warned; "Nigerians should no longer be deceived by any claim that one needs a degree in Security Studies to win an election and govern Nigeria successfully.

"We can still remember how Major General Mohammadu Buhari, the role model of Governor Fayemi had boasted to proffer solutions to the problem of insecurity in Nigeria, but nothing came out of it.

"Rather, the country has been turned to an  abattoir, where innocent citizens are daily  slaughtered by religious fanatics.

"The ruling APC government, both at the Federal and  the State levels, have created all forms of problems for the helpless Nigerians rather lessening their burdens.

"Every sensible person knows that hunger and  poverty are the major causes of violence and insecurity.

"The major achievement of the APC-led government is promotion of both hunger and poverty.

"Governor Fayemi  is a notorious harbinger of  unemployment and job securities in Ekiti state.

"He takes great joy in sacking workers. Job insecurity is a major form of insecurity.

"Fayemi should first tackle both the problem of insecurity of lives and properties of Ekiti State citizens before exposing his failures at the national level," Adeyanju said.