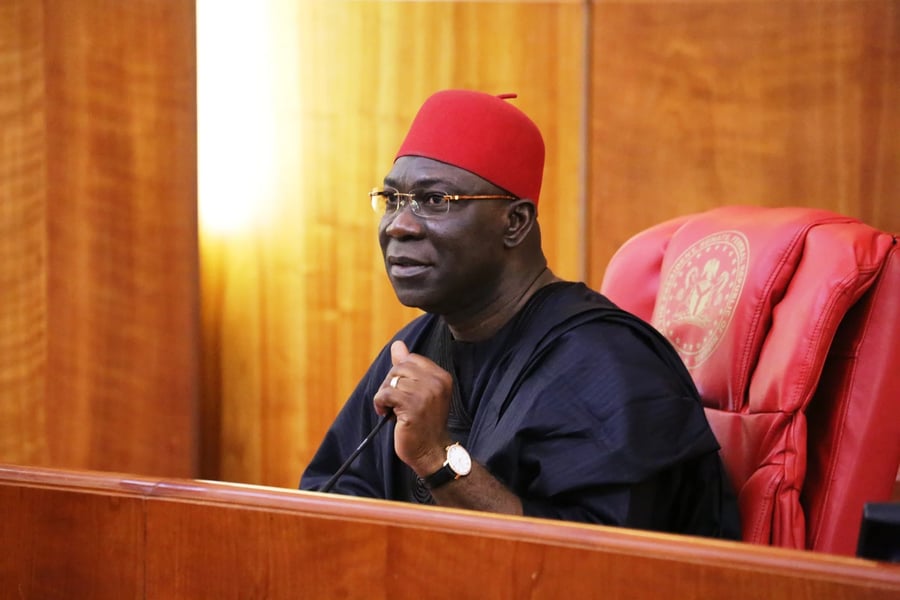 The Ohanaeze Ndigbo has urged the federal government to remain neutral in the organ harvesting case involving Ike Ekweremadu.

The spokesman of the Igbo group, Chief Alex Ogbonna, had called on the government to interfere in the ongoing trial in the United Kingdom, something the factional Secretary-General, Mazi Okechukwu Isiguzoro, has disagreed with.

Speaking in a counter statement on Wednesday, Okechukwu stated that Ohanaeze is on the same page with the Attorney General of the Federation, Abubakar Malami, who said the federal government would not come into the matter.

"The position of Ohanaeze is on the same page with the Attorney General’s Office and Minister of Justice, which is to remain neutral and not to interfere but only pray for Senator representing the Enugu West to get a fair judgment in the ongoing investigation and trial in the UK.

“These clarifications became imminent based on the fact that fifth columnists and impostors who are personal aides and Associates of Senator Ekweremadu have been drafted to use the name of Ohanaeze Ndigbo fraudulently to cajole the Federal Government into a shady expedition filled with trickery", he stated.