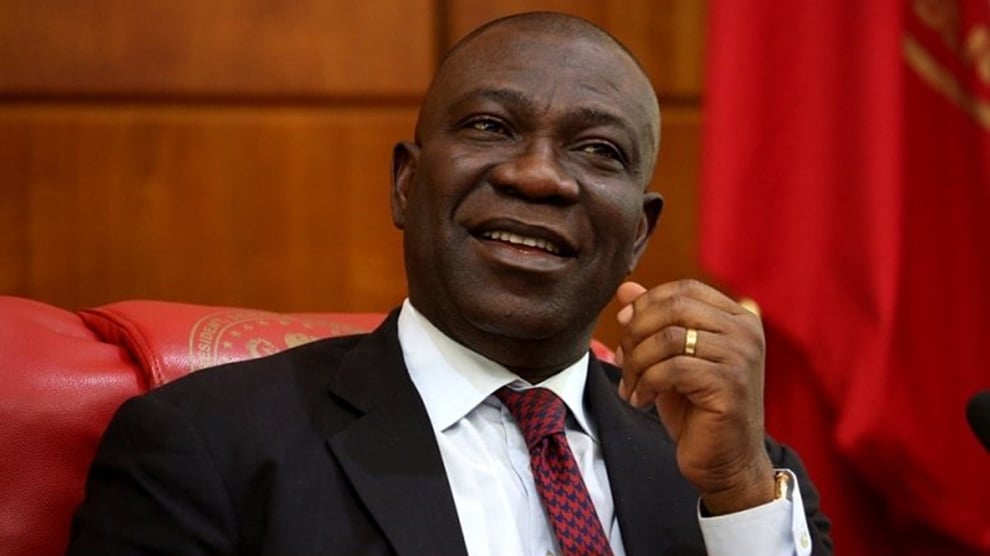 The kinsmen of the embattled former Deputy Senate President, Ike Ekweremadu under the aegies of Nzuko Aninri have expressed solidarity for the Senator over the child trafficking and organ harvesting charges proffered against him in the United Kingdom.

In a statement issued in Enugu and signed by its president Sir E.M.E Akpa and its Publicity Secretary Barr. J. O. Onyeabor, the group noted that the Senator has decently served and imparted humanity in various capacities, particularly the lives of his constituents.

“We are sure that he cannot traffic an underage child for the purpose of organ harvesting considering his exposure and position.

“We wish to also use this medium to plead with our fellow Nigerians not to pass a hasty judgment against Senator Ike Ekweremadu and his family as the whole saga represents a human tragedy involving parents and their sick child.

“This could happen to anybody irrespective of position as no sane parents will sit and watch any of their children die without any assistance, irrespective of the demands.

“Our Prayer is that as God is stretching his healing powers on our daughter and sister, the British legal system should take proper care to investigate the entire circumstances surrounding the development, vis-à-vis the age and consent of the alleged trafficked person and the intention of Senator Ike Ekweremadu and family.”