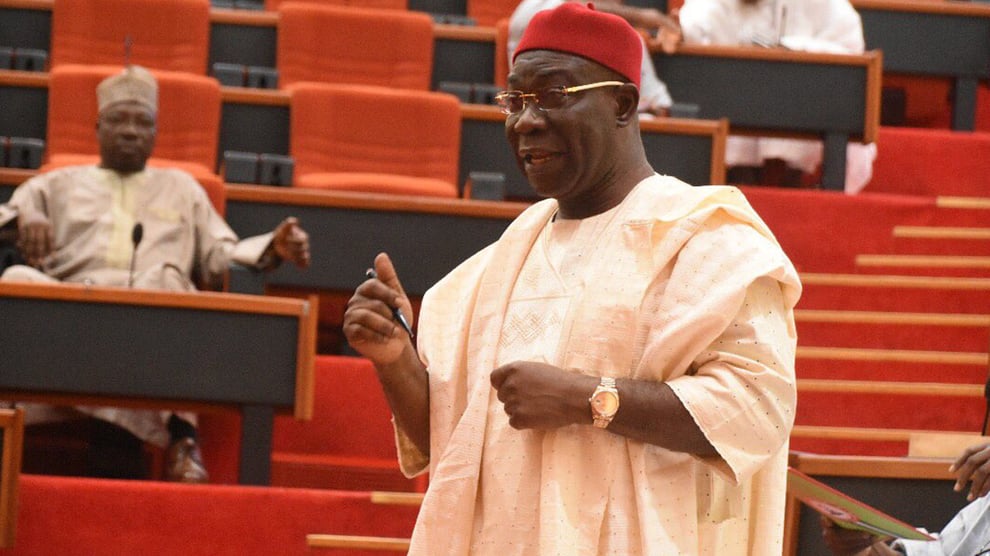 The Ohanaeze Ndigbo Youth Council Worldwide (OYC) has written a letter to the UK Embassy as the controversy trailing Ike Ekweremadu and his wife's arrest continues.

In the letter, the group appealed that Ekweremadu's wife be freed so she could attend to her sick daughter.

According to Ohanaeze youths, it is now obvious that both man and wife did not do anything untoward but had gone through an established process to save their daughter's life.

The letter which was made available on Sunday was signed by Ohanaeze Youths President-General, Mazi Okwu Nnabuike and the Secretary-General, Comrade Obinna Achionye.

"Following more emerging revelations in the case involving the former Deputy Senate President, Senator Ike Ekweremadu and his wife, both true son and daughter of Igbo land, we find it expedient to make this open appeal to the UK Embassy in Nigeria.

"Contrary to earlier reports which flooded the media, it has become clear that the couple had no bad intention in mind.

"Having seen that they had no other intention rather than to save the life of their daughter, as nobody will sit by and watch their child die without making efforts, we deemed it necessary to make this appeal.

"We plead with the United Kingdom, through its Embassy here in Nigeria, to look into the implication of detaining the husband and the wife.

"We appeal for the release of one of them so the person can take care of the sick child who needs medical help urgently", the group stated.

Speaking further, they also criticised those allegedly creating pseudo accounts with the name of the alleged victim of organ harvesting, David Nwamini.

"We observed that within the last 48 hours, no less than five fake Facebook accounts have been created with the profile of the alleged victim.

"This is no doubt the work of blackmailers as they have gone ahead to be making posts with the said unverified accounts.

"The posts contain spurious claims and allegations which are clearly the handiwork of political enemies, all aimed at bringing the Senator down.

"It is a matter of time and the identity of those behind this shall be unveiled if they fail to desist from their evil antics.

"They had earlier claimed that the boy in question is 15 years, but current revelations have proved otherwise. This is why we call for a thorough investigation.

"We urge the general public to discountenance those posts as the truth will surely prevail and Senator Ike Ekweremadu and the wife will come out of these allegations with their reputation unscathed."