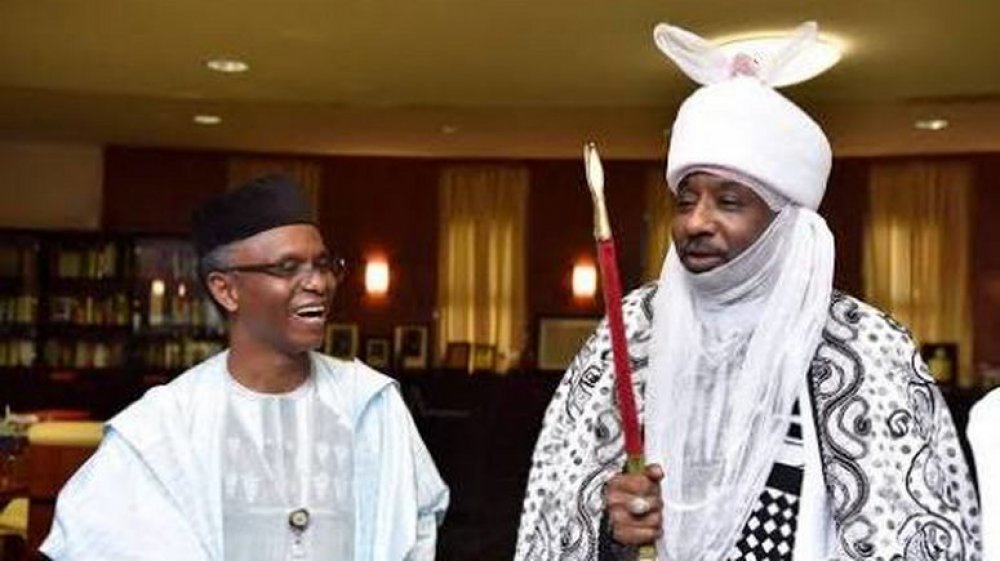 The Kano state chapter of the All Progressives Congress (APC) has advised Kaduna state governor, Nasir El-rufai, to create an emirate for the deposed Emir, Muhammadu Sanusi II.

This is contained in a statement by Alhaji Shehu Maigari, the deputy chairman of the state’s chapter of APC.

The party accused El-rufai of honouring Sanusi who publicly criticised the activities of Buhari whom they described as the governor's mentor.

“Your Excellency, Governor Nasir El-rufai this is somebody who worked against the success of APC, your dear party, coming out openly to criticise your mentor (Mr. President) with no concrete reasons or justifications but yet you have decided to treat him like a hero.

“Sir, APC Kano Chapter is strongly advising you to create additional emirate in your state like New Kaduna Emirate Council, probably to start from Rigachikun to Kasuwar Magani and install your hero there, so that he can work effectively for his dear party (PDP) over there, instead of giving him those ceremonial positions,” he said.

Allnews reports that this comes after Nasir El-rufai appointed Sanusi into the board of Kaduna Investment Promotion Agency (KADIPA).

Hours after getting the political appointment in Kaduna state, the deposed Emir of Kano was named the Vice-Chancellor of Kaduna State University (KASU).