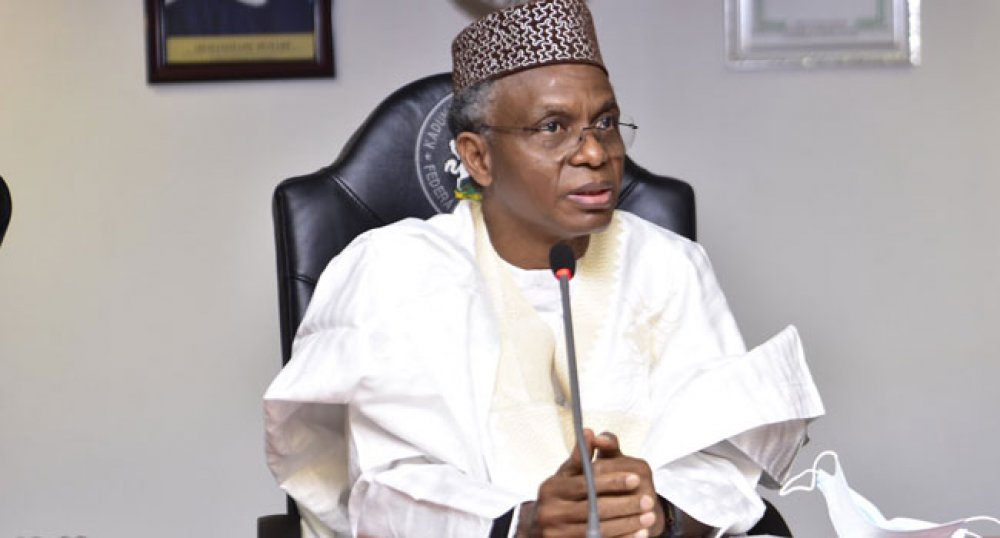 The government of Kaduna State has declared the National President of the Nigeria Labour Congress (NLC), Ayuba Wabba, wanted.

The State Governor, Nasir El Rufai, made the announcement on his verified Twitter handle @elrufai on Tuesday morning.

The governor said the NLC President and other leaders of the labor unions are declared wanted for economic sabotage and attacks on public infrastructure in Kaduna State under the Miscellaneous Offences Act.

El-Rufai called on anyone that knows the whereabouts of the NLC President to contact the Kaduna State Ministry of Justice, adding that the person would be rewarded handsomely.

KADUNA UPDATE: Ayuba Wabba & others of @NLCHeadquarters declared wanted for economic sabotage & attacks on public infrastructure under Miscellaneous Offences Act. Anyone that knows where he is hiding should send a message to @MOJKaduna. KDSG. There will be a handsome reward!

On Monday, Wabba led workers in the state on a warning strike following the recent sacking of over 7,000 civil servants at the state and local government by the state government.

The protest led to a power outage, shut down of the airport, and fuel queues in various parts of the state as aviation workers shut down operations of Kaduna International Airport (KIA) in solidarity.

The Kaduna State government condemned the protest on Monday.

The Head of Service to the State Government, Baritu Mohammed said the workers are sabotaging economic activities in the state. 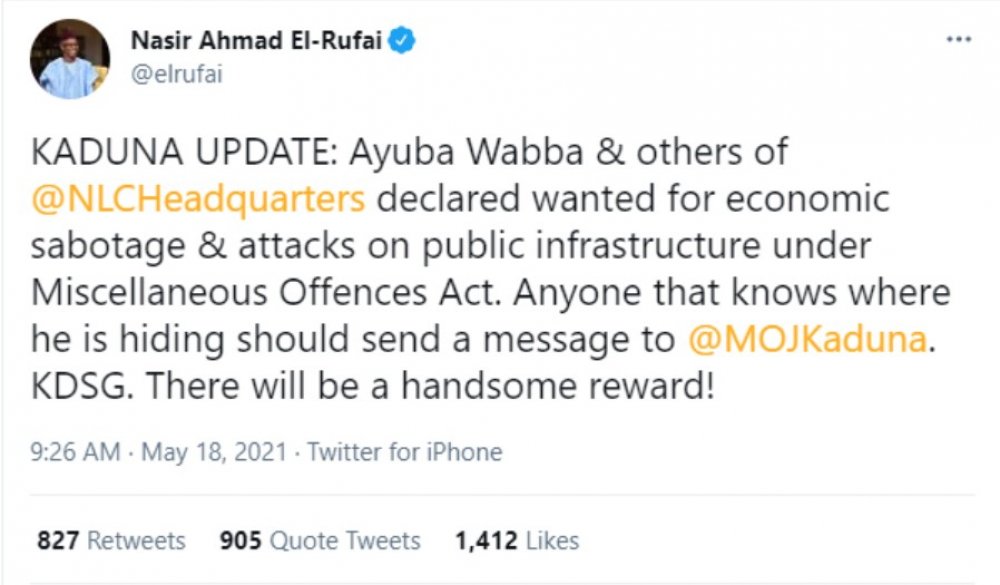 “What is happening now in Kaduna is not an industrial action but a campaign of social and economic sabotage. The Kaduna State government is functioning despite illegal attempts to lock our offices, hospitals, and schools. The schools are open, our offices and hospitals are open.

“NLC is aware that inflicting pain on citizens, locking hospitals and public institutions, shutting down electricity will not change or affect the decision of Kaduna State government,” Mohammed said on Monday.

The Kaduna State government also in a tweet on Monday described the action of the NLC workers as “unlawful.”

“Some unlawful actions by the NLC: shutting down electricity, coercion, and restraints of personal freedom, trespass into public facilities and denial of access to healthcare for several of our citizens. They closed several hospitals and chased away the patients.